September 14—Uganda has adequate corporate laws in place, but implementation and the dodgy acceptance by many […] 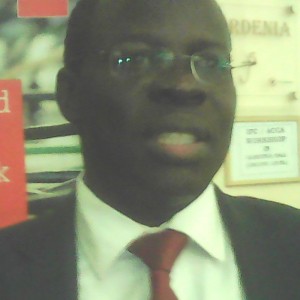 September 14—Uganda has adequate corporate laws in place, but implementation and the dodgy acceptance by many business concerns in respecting them, hurt the country’s profile as a secure destination for foreign capital.

Nevertheless compared to the rest of the sub-Saharan Africa, Uganda ranks in the top fifth as having a good legal framework.

A new report, compiled by KPMG and the Association of Chartered Certified Accountants (ACCA) has ranked Uganda 5th out of the 25 economies surveyed in Africa in terms of corporate management requirements.

Ranked behind South Africa, Kenya, Mauritius and Nigeria, Uganda’s position was based on the corporate governance framework that comprises of the Uganda Securities Exchange Listing Rules, 2003; The Capital Markets Authority Act, Cap 84 (amended 2011 and 2016); The Companies Act, 2012, and two sets of voluntary guidelines for listed companies issued by the Institute of Corporate Governance of Uganda (ICGU) and the Capital Market Authority (CMA).

Edgar Isingoma, the newly appointed KPMG Uganda chairman, highlighted some of the key points from the report during a joint ACCA Uganda/ KPMG Uganda workshop during mid-week for accountants.

He said the results reflected well on the country’s corporate governance, but the government needed to implement the recommendations that can have a positive impact on Uganda’s GDP.

“Having high standard corporate governance frameworks in place at national levels is fundamental. It facilitates market confidence and business integrity. It signals governments’ commitment to create credible arrangements for investors, taking their rights into consideration and providing support mechanisms that safeguard their investment. It is therefore no coincidence that, in its report on the Observance of Standards and Codes, the World Bank evaluates corporate governance as a key indicator of a market’s resilience and the potential for capital markets to develop” Isingoma said.

“As much as we have the codes and regulations in place, our economy is still performing poorly in terms of GDP and attracting direct foreign investment. This is because these regulations put in place are not well managed”

Isingoma asked the government and companies to implement the existing regulations so that Uganda can become an attractive economy for investment as well as help reduce poverty.

Beatrice Isigayite, the Head of ACCCA Uganda asked the accountants to learn to appreciate their roles in developing the economy, because accountancy is very critical in efficiency and sustainability of companies.

ACCA, which is based in London, is a global professional accounting body offering the Chartered Certified Accountant qualification. To date it has nearly 200,000 fully qualified members and several hundred thousand students worldwide. ACCA Uganda has about 2000 members.