October 3, 2018—The Uganda government has been asked to fast-track setting up a national certified minerals […]

October 3, 2018—The Uganda government has been asked to fast-track setting up a national certified minerals laboratory instead of the continued reliance on South African and Tanzanian facilities which means added costs and delays for all concerned. 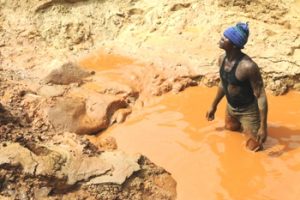 Mining in Uganda is dominated by artisanal activity which resents government intervention, but is also characterized by unsafe working conditions.

Richard Kaijuka, a former prominent Cabinet minister who has held several portfolios said on Tuesday, “It’s a shame that we are still shipping soil and rock samples to South Africa, Tanzania, Europe and other countries. We need our own laboratory.”

He said, “Another important project we want the government to focus on is the completion of the aeromagnetic survey of the remaining 20 percent of the Karamoja region. We believe improving the macroeconomic conditions and improved infrastructure will definitely increase mineral investment confidence in the country.”

Karamoja in north west Uganda is the country’s biggest depository for a variety of minerals including gold and uranium. Western Uganda holds large deposits of crude oil, but recent surveys indicate Karamoja also has promising traces of oil.

Kaijuka was speaking at the 7th Annual Mineral Wealth Conference in Kampala organized by the Uganda Chamber of Mines and Petroleum (UCMP) together with the Ministry of Energy and Mineral Development. The conference theme is ‘East Africa; The continent’s next mining haven’.

Robert Kasande, permanent secretary in the energy and mineral ministry said the government remains supportive of the sector and was in the process of coming out with better regulation. Mining in Uganda is dominated by artisanal activity which resents government intervention, but is also characterized by unsafe working conditions.

According to the Uganda Bureau of Statistics, recorded revenues from mining activities increased to UGX253 billion ($66 million) in the first quarter of 2018 from UGX238 billion ($62 million) in the fourth  quarter of 2017. However Uganda remains an notable transit point for mineral consignments, especially gold, from neighbouring Democratic Republic of Congo and South Sudan. In 2016, Uganda officially exported about $350 million in gold most of it destined for Dubai.

As a UCMP Trustee, Kaijuka suggested the government should focus on key mineral resources which he sees as pivotal for quickening the sector’s growth and delivering financial gains for the relevant mining communities. These include gold, iron ore, tungsten, tantalite, aluminous clays, sand, vermiculite, copper, phosphates and limestone. Tungsten and tantalite have wide use in the electronics industry, while a Chinese consortium is developing the phosphates finds in eastern Uganda.

“If we have value-addition on all the selected 10 mineral clusters, the potential and income generated for Uganda would exceed what we expect from oil and gas,” Kaijuka told participants including delegates from the region and beyond.

In 2014, a jointly funded World Bank and Nordic Bank report showed that Uganda also has coltan and nickel, but overall the sector is beset by a shaky regulatory framework that contributes to keeping away large scale foreign investment except in oil. Other problems in Uganda’s minerals sector include many cases of contentious award of mining rights, and the artisanal miners quarrels with more formal mining operations.

Thomas Ole-Kuyan, the deputy Country Director for UNDP in Uganda said emphasis should be placed on formalising small scale segment of the sector. “From a report that we did 98 percent of artisan and small mining production and 56 percent of medium scale mining production take place outside the legal framework. Official statistics show that $350 million per year is got from illegal mining. If this money is put within the legal framework, Uganda’s GDP would improve by 1.4%,” Ole-Kuyan said