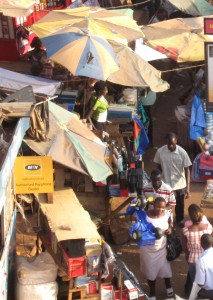 Most Ugandan SMEs generate little tax revenue for the government or savings and pensions for the banks.

February 19–Owners of small firms (SMEs) in Uganda frequently do not differentiate between profit and working capital, and so prioritize short-term spending – on education, housing or even luxury goods – over reinvesting in the business.

According to a paper, Developing Businesses of Scale in Sub-Saharan Africa: Insights from Nigeria, Tanzania, Uganda and Zambia published by Chatham House in London, many interviewed during the research attributed this to social pressures to ‘chase status’, which creates an instinct towards short-term consumption over long-term investment, as well as pressure to look after extended families.

Chatham House or the Royal Institute of International Affairs,  is one of the world’s most respected think tanks. It functions on a non-profit basis with the mission to help build a sustainably secure, prosperous and just world. Financing for its operations comes from a wide range of philanthropic sources, research-related activities and membership support.

The authors, Ben Shephard, Dr. Gita Honwana Welch, Henry Thompson and Adjoa Anyimadu say the prevailing business culture tends to act as a hard cap on the growth of a business, and there is often a steep decline in management competence on the retirement or death of the head of a small enterprise.

Uganda’s potential is vast in terms of resources – notably fertile soils, a generally settled climate, and a rapidly growing population – and given the extent of the regional markets that it is well placed to access. Basic infrastructure has also improved markedly, including roads and electrification. This continues, notably in the form of the Karuma and Isimba hydro-power projects and the Kampala–Entebbe express highway.

The problem is that most start-ups close again very rapidly. Of those that survive, few reach any scale. As a result, the jobs that are created are low-quality and short-term, and generate little tax revenue for the government, or savings and pensions capital for the banks.

Significant infrastructural issues remain. The cost of power has come down, but uptake is reported to remain low, in part because tariffs remain at a rate that few can afford. Storage is another key problem, particularly for food processing: despite the high number of agri-processing SMEs, these often only hold a few weeks of product due to a lack of storage. One long-established agribusiness was using commercial buses to move its product from the smallholder producers to a central warehouse.

In any case, infrastructure development is by no means a universal remedy. There has been little ‘natural’ growth of successful business able to expand to fill the spaces created by Uganda’s improved infrastructure. In fact, although new businesses continue to be created at a high rate, and the overall climate for business is assessed as relatively positive, the private sector is nonetheless affected by what the IMF has called ‘an air of uneasiness and uncertainty’. According to one interviewee in late 2016, no company had listed on the stock exchange for the last three years. The ‘missing middle’ is a Ugandan reality.

Published towards the end of 2017, the paper states that skills are low, notably for management of staff and finances. There are government efforts to improve this, including agencies such as Enterprise Uganda and the Uganda Investment Authority, but they are relatively small and underfunded.

A couple of years ago, Charles Ocici, the Enterprise Uganda executive director said, “As a nation, we are a highly entrepreneurial country. For the last five to seven years, we have remained among the top three in the whole world in terms of enterprise creation. However, another dismal statistic shows that we have for long been the country with highest enterprise failure rate.” The situation has changed little.

Many interviewees reported that that there was a significant gap in supporting companies to formalise business development. Many also spoke of a culture of handouts from government and donors, which results in the most talented individuals being able to access repeated, cost-free external funding without having to demonstrate longevity. Even companies that have received grants – sometimes multiple times – do not improve as there are few costs attached to failure. The Uganda Young People Fund ( Youth Livelihood Programme), for instance, was stated to have had a 92% failed repayment rate.

Training programmes were described as ‘ineffective and inadequate’ in the words of one 2013 study – and often poorly publicised and understood. The same survey noted a dozen government schemes to help young entrepreneurs, but found that 89% of young people had received no support from them.

While the education system has improved considerably, and basic indicators such as enrollment levels, attendance and literacy have significantly increased, this has come as a result of a focus on primary and secondary education, with an emphasis on theoretical learning over practical knowledge, notably in terms of the technical skills essential to business. As a result, many foreign-owned businesses employ expatriate workers, especially in management and skilled technical roles.