April 19, 2018—The cash flow problems last year that troubled Kwesé TV, the pan-African pay-television operator, are back again as it tries to raise more funding. 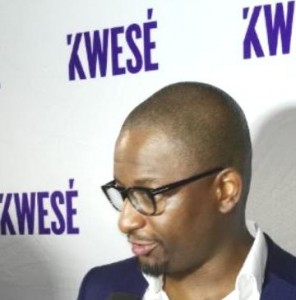 Hundah said the company is happy with the progress of their subscriptions numbers across Africa.

New reports have emerged of missed payments to suppliers and production companies while rights-holders are also anxious about getting paid for content including the upcoming FIFA 2018 World Cup.

Coupled with a slow roll-out of the company’s services across the continent and an equally slow uptake of subscribers in the 21 countries it operates, Kwesé finds itself short of cash. However management has given assurances that two rounds of fundraising before June will turn the situation around.

A rights-holder is a person or organisation that owns the legal rights to something and in this case exclusive programming such as major sporting events. According to TV Sports Markets, a leading industry source, Kwesé has failed to complete payments for screening of the World Cup due in Russia this June; Euro 2020, the European Qualifiers and the inaugural Nations League.

Other sporting events Kwesé subscribers will miss out on unless payments are made include the ESPN package and the NBA seasons up to 2020-21.

Sources say although worried, most of the rights-holders will be patient with Kwesé. The only other possible customer is Multichoice, the owners of the DStv and SuperSports brands. However, SuperSports already have the rights to every major international sporting event for the year and in the near future thanks to a consistent investment in viewer preferences.

Joseph Hundah, the CEO of Econet Media Limited, the parent company of Kwesé, said buying sports rights has cost more money than they had planned for.

He declined to go into any details, but said he was upbeat about the company’s future prospects. Kwesé launched in Uganda late last year, but officials in Kampala refer media queries to head office. Kwesé entered the Ugandan market with the novelty of a three and seven-day subscription on top of a monthly option.

Hundah told TV Sports Markets, “We have been in continuous communications with our partners who remain extremely supportive and have shown great belief in our business,” he said.

He said, “We are extremely happy with our progress on subscription numbers across our markets considering that we only launched in the last quarter of 2016.”

However many rights-holders, waiting to be paid, were unhappy at how Kwesé recently struck a six season deal for English and Portuguese-language rights to Ligue 1 (French top tier league), worth $18.6 million per season.

“They’re late on payment but we’ve had consistent discussions about it. They’re not escaping from everything. They’re raising funds and these are due before the end of the month,” one rights-holder told TV Sports Market.

Kwesé faces the same trap that caught GTV 10 years ago. GTV offered the English premier league (EPL) to subscribers at knock-down prices in an attempt to lure customers away from the well established SuperSports who had missed out on the rights that season.

But GTV found difficulties in making ends meet due to the slow pace of signing up new subscribers to build enough volume able to pay for content and could not bid for the EPL rights again.  Subsequent research showed that customers might want the premiership matches, but other family members still missed the content on the competitor’s bouquets.

At the time, Balancing Act, an online market-watcher said ‘Pay-TV is a deep pocket business. It should not be forgotten that making a success of BSKyB almost unseated Rupert Murdoch. The extremely expensive core rights that will make a success of the business have to be repurchased every three years and thus far they have only ever gone up in value’.

With 50% of Africa’s pay-TV market share, in 2016, MultiChoice paid just over $360 million to secure the rights to broadcast English premier league football in sub-Saharan Africa between 2016 and 2019. Then in April 2017 after another round of negotiations, these rights were extended until 2022. MultiChoice is part of Naspers, the South African internet and media group that reported revenues of nearly $7 billion in 2017.