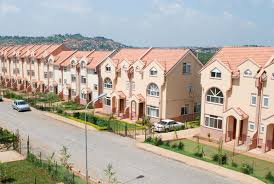 In its Uganda market update covering the first half of 2016, Knight Frank predicts that the high mortgage rates that averaged 18 to 24 percent and a 6.7 percent spike in prices across the construction sector in the year to April 2016 are likely to continue into the latter half of the year.

Furthermore, Knight Frank observes that demand for both prime office and residential accommodation is still lagging behind supply.

“The   supply and demand   disequilibrium for middle   income and   affordable housing remains high, as supply in the prime residential segment runs the risk of becoming saturated with limited demand to match in the short to mid – term.  Likewise, this will have downward pressure on prime residential rentals and increased voids,” the advisory firm says.

With lending rates remaining high there has also been a corresponding decline in bank   lending activity   for the   first half of 2016. Knight Frank says although there had been a “noticeable increase in valuation instructions and bank lending activity over the past 2 months,” these have been more for revaluation of existing facilities, rather than new loans.

“There is a correlation between house purchase activity, volume of valuation instructions and bank lending activity, since most buyers in the market are mortgage purchasers,” says the report.

As the values of prime property corrected downwards, middle income   property values have remained more resilient realising annualised capital appreciation of between 2 and 5percent. This points increased demand in that segment during the first half of the year.

But that is contradicted by increased auctions and repossession by lenders trying to shake off non-performing loans. Even then the prices being achieved fall below reserve prices for the properties.

“One of the biggest deterrents of home ownership for mortgage buyers, who are the majority of purchasers in Uganda, is unaffordable bank lending rates (22% -25%). This is also partly the reason why loan repayments are not being met and property repossessions are increasing especially where interest rates are not fixed,” the report notes.