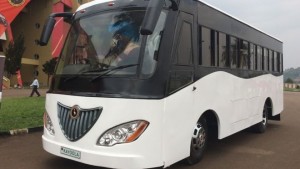 According to KMC chief executive Paul Isaac Musasizi, the firms that were identified with assistance from the 3800 member Uganda Manufacturers Association UMA, could supply many components to the truck and bus manufacturing lines that KMC plans to set up.

Components and items that can be locally manufactured include automotive batteries, paints, brakes, various metal components, seats, plastic mouldings such as interior panels and fibreglass roof tops among others.

“The levels of complexity in passenger cars means that in the initial stages, all components would have to be imported. But we have identifies a wide range of components in bus manufacture that could be supplied by local entities and we are engaged in discussions with industry,” Musasizi told 256BN.

KMC is also developing a comprehensive local content policy for automotives to design a coherent support framework for local players.

Works on KMC’s manufacturing complex in Jinja are ongoing with roughly UGX6 billion worth of contracts already awarded. Contracts worth another UGX 8 billion are due in fiscal 2018/19.

Ongoing works involve bringing the water and power utilities to the site, fencing and grading with a formal launch of commencement of construction activities anticipated for the last quarter of calendar 2018.

KMC plans to start automotive assembly of its own designs of commercial passenger buses, trucks, sedans and crossover vehicles in the 2020 time frame. Discussions are ongoing with original equipment manufacturers to supply key components such as the power train to Kiira Motors specifications.

KMC has so far produced three prototypes – the Kiira EV and the Kiira Smack hybrid concept vehicles as well as the Kayoola Solar bus. All prototypes were hand crafted in Uganda with only key components and systems bought off the shelf.