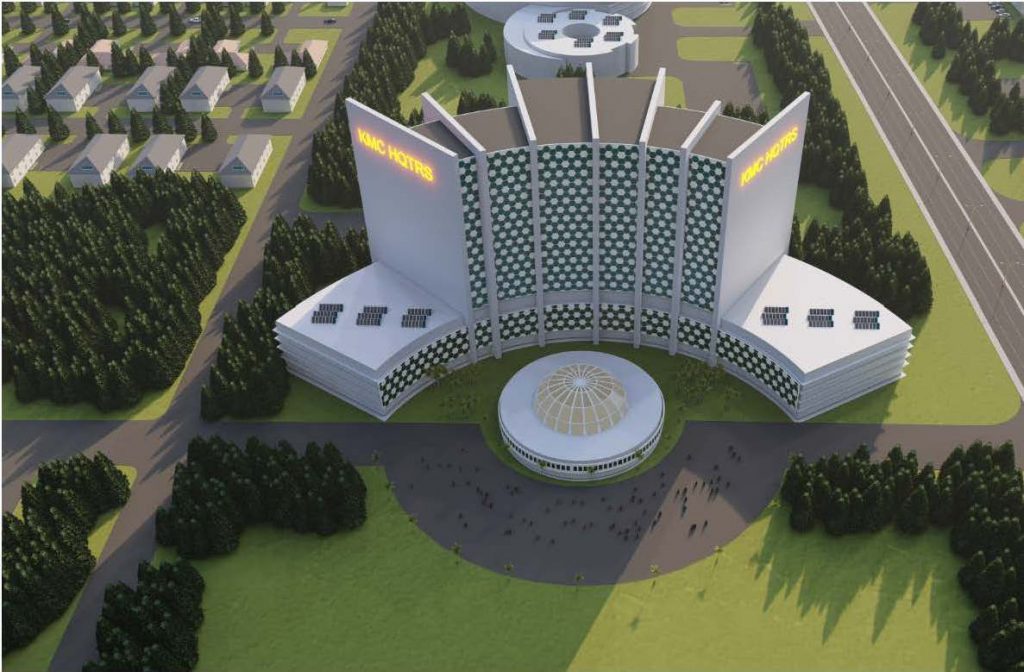 As its initial motor vehicle manufacturing facility races towards a mid-year completion target, Uganda’s electric mobility pioneer Kiira Motors Corporation KMC, has unveiled plans for an ambitious USD 2 billion automotive city that is seen as critical to ramping up local content in the company’s products.

Set in two square miles of land and 173 kilometres north-east of Kampala in Bbale County Kayunga District, the Uganda Eco-Automotive Industrial and Technology Park, will house a multiplicity of automotive related business ventures, including a larger motor vehicle plant for KMC, extensive vehicle proving grounds, a skilling and innovation centre and the company’s headquarters.

An estimated USD 1.43 billion equivalent to 72pc of the total investment of USD 1,979,542,111 will be put up by the private sector. KMC and its partners will invest USD 540 million over the initial 8-year period, while the rest will come over a 25-year period.  But the investment is expected to become cash-positive from the ninth year onwards, delivering economic and social benefits including an enhanced tax and exports base, equipping the local community with skills to work in the industrial sector, increased employment opportunities and attracting infrastructure such as a better road network, electricity lines, and railways among others.

Other benefits will be improved social amenities for the community within Kayunga district such schools, health facilities, hotels, commercial and recreation centres, electricity and piped and safe water, KMC says in the project summary .

The Kayunga district local government approved the project masterplan during one of its council sessions last October and the project just needs financial commitment by the government to kick-off.

KMC aims to localize 65 percent of its supply chain by 2030, starting with low-hanging fruit such as the 5-ton metallic structure of the Kayoola Electric Bus and plastic moldings, before ascending to more complex components such as the lithium-ion batteries and electrical and electronic sub-systems. The first phase of the vehicle plant in Jinja has reached 99pc completion and is only waiting for integration with the initial fabrication and manufacturing facilities which constitute the second phase, now at 37pc completion.