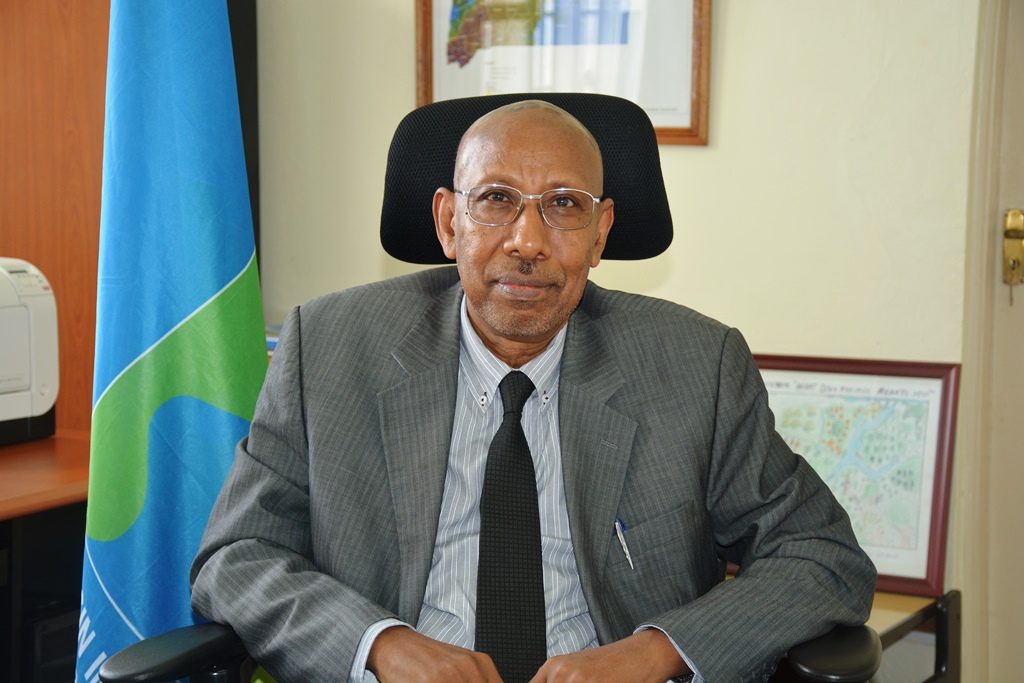 The Nile Basin Initiative Secretariat defied the current political upheavals in downstream member Sudan, pushing through its rotational change of leadership that brought in Prof. Seifeldin Hamad Abdalla as the new Executive Director.

Sudanese national Prof. took office on April 8, 2019, a time when Khartoum was caught in the throes of a massive seat-in by protestors that ultimately led to ouster of former president Omar Bashir last month.

Bringing decades of experience as an engineer, manager and a researcher, Seifeldin takes to the helm amidst an unresolved standoff between Egypt and Ethiopia over the latter’s Grand Renaissance Dam that will feed a 6000MW power station.

Prof. Seifeldin was most recently the Chairman of the Water Resources Technical Organ in The Sudan, a position that put him in charge of transboundary water issues of Sudan including the Nile and its tributaries. According to the NBI Secretariat, the professor has previously served as the Minister for water resources.

He says his immediate priorities will be to fast-track the re-engagement of Egypt and Eritrea into the Nile Basin affairs.

“I want to focus on the commitment of the countries to NBI and also find a way forward regarding the stalemate on the re-engagement of Egypt and attain full membership and the engagement of Eritrea. In order for citizens to reap the benefits of the technical track, the political track is very important in setting a solid foundation for the technical track. What we are doing on the technical track can only be translated as investment benefit on the ground for the Member States if we ensure that NBI is one Nile – one family – and moving together,” he said