Kenya tops as best place to hide your money

February 5—The best place to hide your money in sub-Saharan Africa, especially from tax collectors, is […]

February 5—The best place to hide your money in sub-Saharan Africa, especially from tax collectors, is Kenya according to the 2018 Financial Secrecy Index (FSI) published by the Tax Justice Network (TJN) which covered 112 jurisdictions, but omitted most African countries including Rwanda and Uganda. 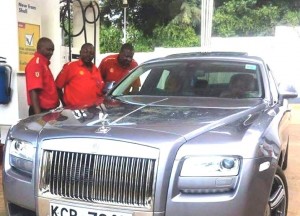 Kenya scored 80 out 100 for secrecy and its share of the offshore market could increase with government plans to make Nairobi a major African financial hub.

Kenya is ranked 27th in the world while Tanzania comes in 75th on the list topped by Switzerland, the United States, Cayman Islands, Hong Kong, Singapore, Luxembourg, Germany, Taiwan, the United Arab Emirates and Guernsey (one of the Channel Islands off the UK mainland).

Other African countries on the list are South Africa (50th); Ghana (95th) and Botswana (103th). However it is easier to hide you money in Kenya, than in China, South Korea, Israel, Bermuda, Saudi Arabia, Italy, Isle of Man, Liechtenstein and Mauritius.

‘Kenya’s financial sector is highly secretive. The country scored 80 out of 100 in terms of secrecy, which explains its high ranking of 27 in the Financial Secrecy Index of 2018. Though the country’s share of the offshore world is not large, this may be set to increase as the government positions Nairobi as the latest African International Financial Centre’, states the specific report on Kenya.

But it also mentions that statutory authorities like the Kenya Revenue Authority have been stepping up efforts to trace hidden cash under the terms of the Global Forum on Transparency and Exchange of Information for Tax Purposes (Global Forum) and the Organisation for Economic Co-operation and Development (OECD) Base Erosion and Profit Shifting project.

The index ranks jurisdictions according to their secrecy and the scale of their offshore financial activities. A politically neutral ranking, it is a tool for understanding global financial secrecy, tax havens or secrecy jurisdictions, and illicit financial flows or capital flight.

Refering to Tanzania, theTJN report states the country is yet to sign the Multilateral Convention on Mutual Administrative Assistance in Tax Matters (MATM).

As of November 2017, the country was part of the list of developing countries that are yet to set a date for the first automatic exchange of information.  Additionally, although the public may attain information, there are approval requirements necessary that may hinder access to the relevant information. The lack of agreements with regards to information exchange has made it a lucrative country for companies and individuals seeking offshore accounts.

‘Although the tax laws have always been favourable to investors, it is only recently that Tanzania has gained popularity as a secrecy jurisdiction,’ the report reads in part.

Since the 1970s, African countries alone have lost over $1 trillion in capital flight, while combined external debts are less than $200 billion. So Africa is a major net creditor to the world – but its assets are in the hands of a wealthy élite, protected by offshore secrecy; while the debts are shouldered by broad African populations.

According to TJN, worldwide, an estimated $21 trillion to $32 trillion of private financial wealth is located, un-taxed or lightly taxed, in secrecy jurisdictions.  A global industry has developed involving the world’s biggest banks, law practices, accounting firms and specialist providers who design and market secretive offshore structures for their tax- and law-dodging clients.

‘Competition’ between jurisdictions to provide secrecy facilities has, particularly since the era of financial globalisation really took off in the 1980s, become a central feature of global financial markets.

TJN says the problems go far beyond tax. ‘In providing secrecy, the offshore world corrupts and distorts markets and investments, shaping them in ways that have nothing to do with efficiency. The secrecy world creates a criminogenic hothouse for multiple evils including fraud, tax cheating, escape from financial regulations, embezzlement, insider dealing, bribery, money laundering, and plenty more,’ the organisation states in an accompanying statement at the launch of the index last week.

Secrecy provides multiple ways for insiders to extract wealth at the expense of societies, creating political impunity and undermining the healthy ‘no taxation without representation’ bargain that has underpinned the growth of accountable modern nation states. Many poorer countries, deprived of tax and haemorrhaging capital into secrecy jurisdictions, rely on foreign aid handouts.