August 17—Ugandans planning a trip to Kenya must leave behind their plastic bags or face arrest, […]

August 17—Ugandans planning a trip to Kenya must leave behind their plastic bags or face arrest, because such carrier materials will be banned effective August 28, 2017. The ban will also effect how Ugandans carry out trade with Kenyans especially along the common border. 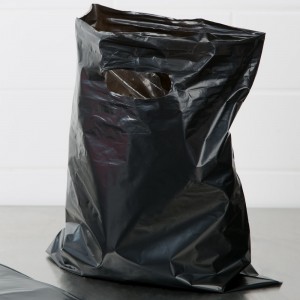 Kenyan manufacturers hope with a new mandate, Kenyatta may use the goodwill to get the ban postponed.

Kenya now joins Rwanda which has had a blanket ban in place for nearly 10 years and puts the Uganda government in tricky position.

During the same period, Uganda has been flirting with imposing bans almost on a yearly basis, but the policing is usually not backed by any political will. Uganda also has a relatively large plastic bag manufacturing sector which in recent years, has asked for more time while it explores recycling opportunities and recoups earlier investments.

Tanzania government is already mired in heated talks with business leaders over a proposed ban.  The Tanzania Plastic Manufacturers Association claims it has been paying the government $23 million annually in taxes and considerable investment funds in US dollars are tied up in new production facilities.

The Kenya ban was gazetted on February 28, 2017, but last ditch efforts were still being made early this month by representatives of the 40 odd manufacturers to postpone it again. In a petition to President Uhuru Kenyatta, the Kenya Association of Manufacturers (KAM) said the move would hurt both the government and industry as a whole.

However environmental activists and major civil society organisations have made headway in convincing public opinion that these discarded bags are a major health hazard.The ban applies to all plastic carrier bags and flat bags used for commercial and household packaging.

In the regional legislature, Rwanda has consistently been pushing the East African Community Polythene Materials Control Bill, 2016 which at its core calls for severe restrictions on importing, manufacturer, sale and use of these polythene materials. Kenya’s industrial lobby has kept up a strong resistance and even now sources say, Kenyatta maybe persuaded to hold off until early next year.

Manufacturing of these plastic items will be prohibited after August 28. KAM says if the ban takes effect, the country will lose $50 million in taxes and affect over 600,000 jobs.