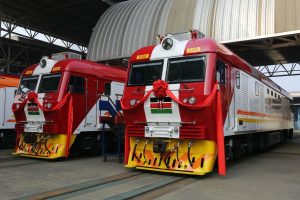 A slow uptake by cargo companies to use the freight services despite subsidised rates is a major cause of the loss.

On top of this, the Kenya government pays China Road and Bridge Corporation (CRBC) who built the railway, KSh 1 billion every month to keep it running while local capacity at Kenya Railways is being trained to take over.

Appearing before a parliamentary committee this week, transport and infrastructure secretary, James Macharia said the loss was mainly due to low cargo business at the start of the operation. This caused the government to lower the cargo rates to encourage logistics companies to use the service.

Macharia told legislators, “It took time to convince people that Standard Gauge Railway was good for their cargo businesses and that was the main reason for the losses.”

He said expectations are the SGR will generate a profit of about KSh 5 billion (500 million) in the 2018/19 financial year. The China Eximbank provided the $3 billion as a loan (repayable in 15 years) for construction of the railway between Mombasa and Nairobi which was completed mid last year.