January 16—The third quarter of 2017 (July to September) marked the slowest growth Kenya has experienced ever since the fourth quarter of 2013 as analysts wait for the latest Central Bank of Kenya monetary policy statement scheduled for next Monday January 22. 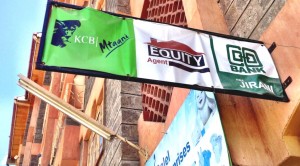 According to the Kenya National Bureau of Statistics (KNBS), Kenya’s economic growth is estimated to have decelerated to 4.4 per cent in that period compared to 5.6 per cent of 2016.

The KNBS said, ‘During the quarter, the macroeconomic fundamentals remained largely stable and supportive of growth. However, uncertainty associated with political environment coupled with effects of adverse weather conditions slowed down the performance of the economy. As a result, most sectors of the economy posted slower growths during the quarter under review compared to the same quarter of 2016’.

Kenya went through two presidential elections before President Uhuru Kenyatta and his deputy William Ruto, won a second five year term in office. In the second round of voting, leading opposition leader Raila Odinga decided to sit it out.

KNBS said the sluggish growth was mainly due to suppressed performance in key sectors of the economy. Financial and insurance activities recorded the largest deceleration from 7.1 per cent in third quarter 2016 to 2.4 per cent in the period under review. Other industries that recorded notable slowdown include; manufacturing; health; accommodation and food services; mining and quarrying and education. On the other hand, accelerated growths were recorded in; professional, administration and support services; public administration; and real estate activities.

Inflation averaged at 7.5 per cent during the third quarter of 2017 compared to an average of 6.3 per cent during a similar quarter in 2016. The rise in inflation was mainly on account of a surge in prices of food and non-alcoholic beverages that started in the second quarter of 2017 and continued into the period under review. The increase in food prices was evidenced by comparably high wholesale prices of key food crops. This was principally attributable to adverse weather conditions that prevailed in the second quarter and for the better part of the third quarter of 2017.

Weighted interest rates on commercial banks loans and advances declined to an average of 13.67% in the third quarter of 2017 from 16.54% during a similar quarter in 2016. This was mainly attributable to the capping of interest rates that started in September 2016. The Central Bank Rate (CBR) was maintained at 10% throughout the quarter.

The current account deficit worsened by 28.9% to KSh 145.4 billion(about $1.2 billion)  in the quarter under review from KSh 112.8 billion in third quarter of 2016. The worsening of the current account was mainly due to a faster growth in imports compared to that of exports that resulted to a deterioration in merchandise trade deficit.