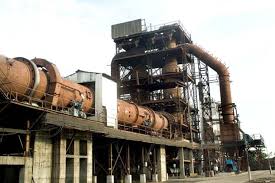 Although the official announcement was made today, it is understood that Karamagi Kabiito took control of the firm weeks back and has already realigned its operations.

The move comes after a long drawn court battle with Standard Charted Bank as the firm tried to forestall the banks attempts to sell off its assets as part of efforts to recover a Ushs 50billion that had turned into a toxic asset that accounted for roughly half of the bank’s non-performing portfolio.

Initially contracted for a 96 month tenure, the loan was recalled in 2015 forcing SRM to run for protection from the Commercial Court which had also filed a separate case seeking to charge SRM’s assets to recover the loan.

SRM becomes the second Uganda company After WBS which as placed under the management of the same receiver manager – Karamagi Kabiito by the Uganda Revenue Authority of tax arrears worth UShs 7 billion. (Also Read: Why SRM case is a case both for and against a government bailout for distressed Ugandan businesses)