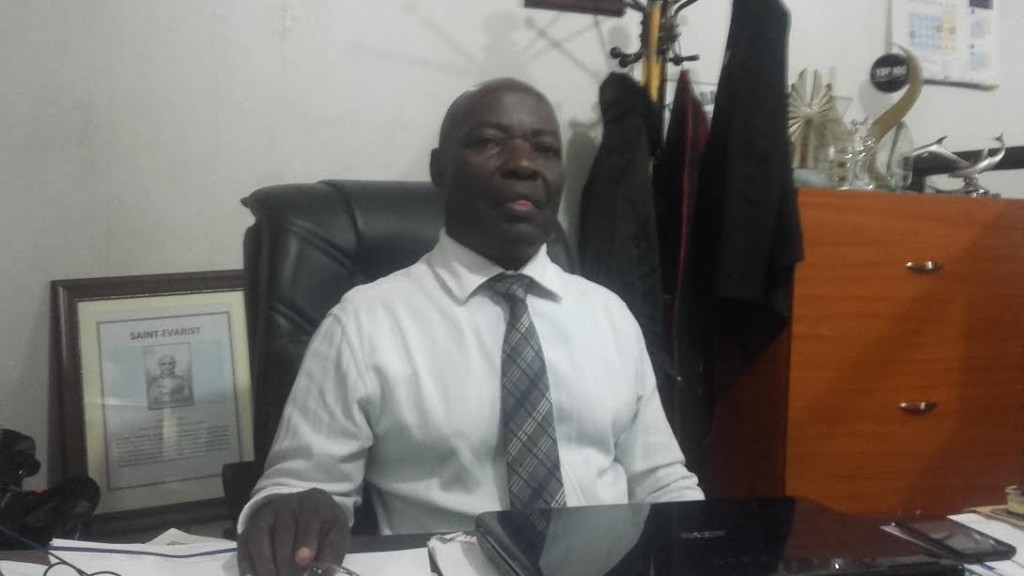 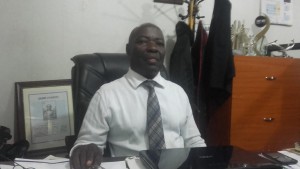 Evaristo Kayondo is not a man who runs away from a fight and as Chairman of the Kampala City Traders Association (KACITA) there is always a battle somewhere. Inflated rents, unfair trading practices, illegal evictions, endless tax wrangles and guerrilla warfare with street vendors; these are some of Kayondo’s main frontlines. KACITA was first registered in 2001, basically to champion the interests of small businesses in Kampala’s capital.

Things have been particularly difficult during recent years. Uganda’s economy did not do very well in 2016, with GDP growth falling below 5%. Many KACITA members took on debt and are desperately looking at people like Kayondo to intercede with the government and find solutions to their problems. Several are already facing the imminent lost of their property to the banks.

But although sympathetic, the avuncular-looking Kayondo is not a superman. However he does think there are openings where the government can implement economic policies that could favourably influence local business people. Instability in South Sudan, Uganda’s biggest export market, has drastically affected sales and at the moment there considerable soul-searching.

“Right now the business environment is not that conducive. Purchasing power for our customers is down, interest rates in the bank have continued biting and landlords are increasing rent. Majority of our business community do not operate from their own premises; they work from rented premises which means that whenever there is an increment in rent, it affects them,” he told 256BN.

Kayondo said, “With the closure of Crane Bank, there is now another problem, because Crane Bank was the biggest lender for most of these property developers.  We have been told that dfcu Bank (who bought some Crane assets) has come up with different repayment arrangements, very different from those previously agreed with Crane Bank.”

“I think this has put a higher pressure and demand on the landlords. So in trying to recover and make ends meet, they have pounced on the tenants and the tenants are suffering the full weight of this. So at the end of the day, the traders are crying, landlords are saying they are also not safe, because their properties are on the verge of being taken,” Kayondo said in explaining the current uncertainty.

He suggests that everybody takes a step back. “So under the current circumstances we are operating in, we invite all stakeholders to be very cautious on what steps they are taking because it might be a self-defeating step. You might think it is a solution for you, but at the end of the day, it might again cause more problems. For the financial institutions, they need to be very cautious as they recover loans to prevent accumulating more non- performing loans (NPLs). Landlords need to be cautious as they pounce on tenants, because the same tenants have their own problems and some of them have taken loans to do business. The situation is bad because everybody is looking at their client as a solution to their predicament which should not be the case.”

Kayondo believes the entire economy needs revamping and wants the government to do something quickly otherwise Uganda may go into a depression. He thinks current interest rates are still high even though Bank of Uganda has been edging the Bank Rate lower since late last year.

Holding General Elections in 2016 also opened up a mixed bag of problems for business. “An election year usually comes with a lot of uncertainties and many people live in panic unsure of what will happen next. People are usually very fearful to transact and this affects the recovery of the economy,” Kayondo told 256BN .

He said, “Sometimes elections also come with excess liquidity, because a lot of money is being poured in the public and the politicians are also pouring in money which is not backed by productivity and this usually distorts the economy. That distortion takes a lot of time to be eliminated because it creates artificial demand on some items and at the same time it does not reflect well the true business environment.”

Kayondo wants the government to spend even more on investment projects and ensure that the borrowed money is absorbed to capacity within the given timelines without diverting it to recurrent expenditure.

“Let the government stop increasing the administrative expenditure by reducing the number of districts being supported, the size of the parliament and also the size of the cabinet and also reduce on the many administrative centres, because they create unnecessary burden to the tax payers and do not offer much return. Government needs to tighten its belt and reduce on unnecessary expenditure,” he said.

He adds: “And as the government spends on investments, it should procure locally, because much as we are advocating for buying Ugandan products in order to build the nation, the government is the biggest spender/buyer in the economy. But it is not buying enough locally produced goods.  This harms the economy and  negatively impacts on the confidence of local investors.”

Kayondo has strong views on Kampala Capital City Authority (KCCA) and its role as an enabler for business. “If you do not protect those who are genuine in business, KCCA will be the loser since we are the feeders of the Authority. It is wrong if you do not protect our businesses and subject them to unnecessary competition from those who are not paying anything to coffers of the local authority.”

He is also straightforward when it comes to street vendors who occasionally steer customers away from shops operated by KACITA members. When asked whether KACITA has any sympathy at all for vendors, bearing in mind many KACITA members also started this way, Kayondo said, “Starting small is not the problem and it is very key and is the best way to do it but our advocacy is slightly different. We are advocating for people starting small, but operating from legally and gazetted places. But if you start small and operate from non-gazetted places, then it becomes a problem.”

The manner in which thousands of Kampala street vendors were evicted by KCCA enforcement officers was not totally to KACITA liking though reading the newspapers at the time, one would think it was. Kayondo clarifies. “The eviction had some problems. Much as they were operating from non-gazetted places, they needed more time. KACITA was thinking about giving them three months, they were given one month which was not even respected, they gave them about four days and they never got a chance of relocating,” he said.

Foreign involvement in petty trading remains a deep thorn in the KACITA’s foot. “Not only Chinese, all foreigners should not be allowed to do petty trade. Let them be restricted to areas where we Ugandans, are not doing well. Foreigners should engage in the construction sector, like building hospitals, hotels, schools and go into manufacturing or airlines because it is in those areas where we have not perfected the game. But petty trade should be ring-fenced for Ugandans so that the locals can also have an area where they can at least absorb the use and operate without subject to competition,” Kayondo told 256BN.

You would have thought that a man who has led KACITA for a substantial period of time will easily slip into politics and walk the national stage, but not Kayondo.. “Politics is for people who are supposed to serve the nation.  But in Uganda, it is the reverse and it is looked at as a job. If I was a job seeker I would go for politics but I am not a job seeker. Again if it was for those who have reached self-actualization, maybe I would consider it. But now it is considered a job and not a service for the people,” he told 256BN.