February 23—TradeMark East Africa (TMEA), the non-profit consultancy at the centre of strengthening integration in the […] 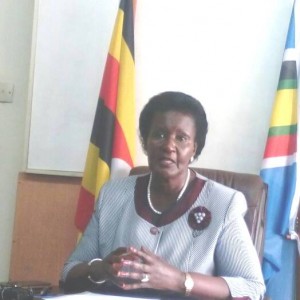 Kyambadde said major players in trade development in the East African Community and beyond are expected to attend the Forum next week.

February 23—TradeMark East Africa (TMEA), the non-profit consultancy at the centre of strengthening integration in the East African Community (EAC) through more and easier trade, is next week hosting a forum in Kampala. Uganda is set to host the two-day annual East African Trade Forum from February 28 to March 1st.

“This will be a high level, interactive and participative meeting between major players in trade development from EAC countries and international trade development communities” Amelia Kyambadde, the Uganda trade, industry and cooperatives said during a news conference. The Ministry is working together with TMEA in organising event.

Annual intra-EAC trade hovers about the $5 billion mark, but after a surge brought on by adoption of a customs union and implementation of the Common Market Protocol, volumes have slowed in recent years due to protectionists policies including non-tariff barriers.

According to TMEA, which is based in Nairobi, but with regional offices across the EAC, trade facilitation has made a big difference to competitiveness in the East African region. Between 2010 and 2017, significant efficiency gains have been achieved at the ports and borders, and by revenue authorities as well as agencies and firms involved in trade logistics.

TMEA is behind the funding of the new or upgraded One Stop Border Posts (OSBP) that have increased the speed of processing at common borders both for people and goods. Much of the money is sourced from leading international development agencies, of western Europe.

The Forum is also expected to provide a platform on which participants can discuss the progress of TMEA and other partner states in enhancing trade environment and easing trade. “We will also discuss the past achievements of the Ministry of Trade since TMEA started supporting Uganda. We will also discuss TMEA  Strategy Two for the next 6 years (2018-2024),” Kyabbande said.

TMEA says the format will involve a mix of experiential, plenary and breakout sessions spread over the two days. The experiential sessions will include a ‘Wall of Trade’ depicting EAC Trade Corridors, real-time cargo tracking; and women-in-trade live exhibits. Break-out session topics will cover areas of trade facilitation such as information and communication technology for trade; trade logistics; trade infrastructure, logistics and transport corridors; industrialisation and jobs through cluster development; women in cross-border trade, and new ways of funding trade development.