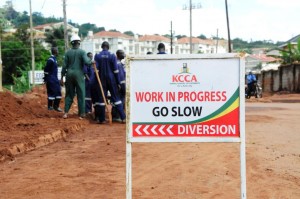 Streamlining KCCA financial management is work in progress, but a marked improvement compared to how things were six years ago.

April 19—All revenues collected by the Kampala Capital City Authority (KCCA) are transferred to the Consolidated Fund, the government’s main account in Bank of Uganda, within 48 hours which is a marked contrast with the financial shenanigans that characterized City Hall affairs in the recent past.

In the meantime, the institutional asset base has been rebuilt with the total value growing by 1300%, from UGX 45 billion in 2011 to UGX 670 billion (about $185 million) as at end of June 2016. According to a six-year performance report, this has been achieved through recovery of assets previously misappropriated and acquisition of new assets.

KCCA has streamlined financial management and accountability to the extent that bank accounts have been reduced from 151, formerly held by the defunct Kampala City Council in 2011 to just 24 today. The accounts are spilt into 15 for revenue collection and nine for operations at Bank of Uganda including project funds.

Revenues are expected to increase in future after completion of a computer-aided mass valuation of properties for the Central Division of Kampala.  The city has an estimated population of 1.6 million people. The new valuation roll has already been published in the Uganda Gazette and the exercise will be expanded to cover all the five Divisions in the coming months ahead.

However a 2016 report by Mihaly Kopanyi from the International Growth Centre, finds that although KCCA financial management can be a model for many other city administrators in developing countries, more money is needed to make it even better.

Coming in as a consultant, Kopanyi said developing an urban and a fiscal cadaster (public registries for property ownership, boundaries, and tax assessments) for the KCCA is crucial because the current cadastral map of land in Kampala does not include buildings, infrastructures, or superstructures. She said the urban cadaster would link the land and fiscal cadasters, and provide the basis for urban planning, land-use planning, zoning, construction permitting, and planning and developing infrastructure services.

“The fiscal cadaster would consist of a property tax register. Gazetting new street names and assigning property numbers, where this is still needed, will be crucial for these cadasters to be developed, and the KCCA continues to seek assistance in undertaking these tasks. These projects will require substantial investment estimated at about UGX10 billion to UGX20 billion (about $3 million to $6 million), but these costs should soon be recouped through the improved revenue collection that completion of these projects will make possible,” she writes in part.

She cites a field survey of property and compared the 2013 actual rental values to the 2005 property roll values of the same properties in five divisions in Kampala. She found a median increase in rental value in excess of 300%.

Kopanyi thinks completion of a new land valuation will increase the tax base so substantially that the KCCA may need to reduce rates initially in order to make the reform politically acceptable.