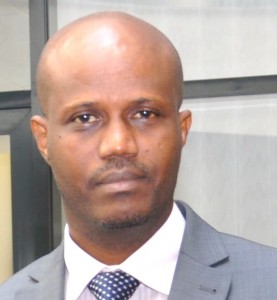 Amb. Mfumukeko said the two areas have the utmost attention of the EAC Heads of State.

February 19—The upcoming East African Community (EAC) retreat this week in Kampala is expected to give impetus to infrastructure and health development by way of harnessing political support for regional flagship projects, funding commitments, and Public-Private Partnerships arrangements.

“Let me assure you that EAC Investment in Infrastructure projects and Health development continues to receive the utmost political attention by none other than EAC Heads of States,”  Amb. Liberat Mfumukeko, the EAC Secretary General told a news conference.

The region is in the midst of several high profile projects including the Entebbe Expressway and two hydro-electric dams in Uganda, a new Standard Gauge Railway along the Central Corridor in Tanzania, a new international airport and innovation city in Rwanda while Kenya has started on the tallest building in Africa. All will cement the region’s growth credentials, but financing public investments like new or improved roads and ports is becoming more difficult, especially since the Chinese who have been the leading lenders have lately shown a decreasing enthusiasm related to the piling debt.

According to the latest edition of Private Sector & Development,  with 13% of the world’s population and 24% of its morbidity, but a mere 3% of pharmaceutical production and a majority of counterfeit drugs, Africa is having to contend with a major public health challenge, namely access to quality medicines.

Despite colossal needs and serious growth potential, Africa is still lagging far behind on the global market for medicine. Local production is struggling and 70% of the continent’s requirements are met by foreign imports.

Given forecast development in this sector, unlocking synergies between public and private stakeholders will be absolutely vital. Governments are increasingly turning to private businesses to supply and distribute medicine as an alternative to systems that have failed to prove their worth.

The Joint EAC Heads of State Retreat on Infrastructure and Health Financing and Development scheduled for February 21 and 22, before the 19th Ordinary Summit deliberates. Amb Mfumukeko said the EAC had identified infrastructure development and health as sectors in which it would have to invest massive resources to spur economic growth and prosperity in East Africa.

Amb Mfumukeko said the retreat would be preceded by separate infrastructure and health sector investors’ and donors’ round-tables on February 21, 2018.

Under the theme ‘Deepening and widening regional integration through Infrastructure and Health Sector Development in the EAC Partner States’, the retreat is also is aimed at accelerating the attainment of the objectives of the EAC Development Strategy, African Union Agenda 2063 and the Sustainable Development Goals in the infrastructure and health sectors in the EAC.