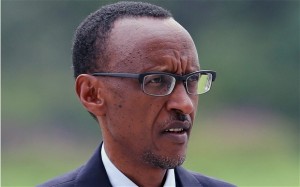 President Kagame will officially open the three-day event which will bring together policy-makers, investors and bankers to see how to strengthen regional manufacturing.

April 24—Rwanda President Paul Kagame is scheduled to officially open the Second East African Manufacturing Business Summit and Exhibition under the theme ‘Harnessing the Manufacturing Potential for Sustainable Economic Growth’ in May.

A high-level conference is also being co-organized by the East African Community (EAC) and strong support from the Rwandan Government as part of a three day event starting May 23rd in Kigali.

For three days, top executives in the manufacturing and agri-business sectors will have a chance to hobnob with policy and decision makers, as well as representatives from key financial institutions from Africa and beyond. The goal is to dialogue and explore opportunities for investment in manufacturing and agri-business in the East African Community.

The EAC continues to attract widespread international attention mainly due to its current aggressive programme to upgrade its transport infrastructure, success in regional integration at policy level and the presence of key natural resources like oil and gas as drivers for sustainable industrialization.

During the past three years, the EAC has been described by the United Nations Economic Commission for Africa, as the faster growing region on the continent.

According to the African Development Bank, East Africa was the continent’s fastest growing region in 2015 and remained in the lead in 2016. East Africa’s above average growth is not a new phenomenon. In 2014, the International Monetary Fund characterized the region’s growth since 2004 as ‘impressive’ and ‘remarkable’, highlighting that East Africa had sustained solid growth rates over the past decade despite the 2007 – 2008 Global Financial Crisis. However there are concerns over the uncertain situation in South Sudan, which is the newest member of the EAC as well as queries over regional governments’ ability to pay back the loans used for new roads and railways.

According to the organisers, the exhibition will enable investors, enterprises, researchers and academia a chance to collectively showcase new products and services as well as latest innovations in manufacturing, particularly those with relevance to small and medium enterprises (SMEs).