July 11—The coffee market in June was characterized by high volatility eventually resulting in a sideways move of coffee prices, according to the latest report from the International Coffee Organization (ICO). 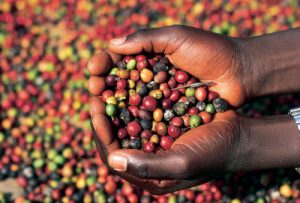 There was an increase in Robusta prices in June, but Arabica saw a continued drop.

While the monthly average of the ICO composite indicator prices was down 2.4 per cent to 122.39 US cents per pound (nearly $250/kilo), the difference in price between the opening and the end of the month was minimal, the report found.

In the first two weeks of June, the daily price of the composite indicator remained in a relatively narrow band of 122.11 to 124.55 US cents per pound. Subsequently prices dropped significantly, with the indicator price reaching its low of 116.51 US cent/lb on 22 June. The price recovered, making up for virtually all the losses and recorded 123.83 US cents per pound on 30 June, marginally higher than at the beginning of the month.

The ICO’s breakdown by group indicators reveals that an increase in Robusta prices, especially in the second half of June, buffered a drop in prices of the Arabica Groups, preventing the composite indicator price from turning even more negative.

Robustas recorded a strong increase, up by 3.6 per cent compared to the previous month and returning above the 100 US cents per pound mark, following reports about thinning exports from Vietnam. All three Arabica groups in turn registered significant drops as the average prices for Colombian Milds, Other Milds and Brazilian Naturals were down 3.5 per cent, 4.5 per cent and 5.7 per cent, respectively.

As a result of the opposing trends in Arabica and Robusta quotations, the arbitrage, as measured on the New York and London futures markets, decreased significantly by 22.2 per cent to 35.07 US cents per pound, the narrowest level since April 2008.

However, the decrease was lower than expected despite the relatively poor harvest, as exporters drew heavily on existing stocks. Furthermore, the reduced Brazilian export volume could be compensated by shipments from other origins.

Notably, Colombia, Ethiopia, Honduras, Indonesia, Peru and Uganda are positioned to potential supply gap. As the national authorities’ renovation programmes continue to bear fruit, Colombia has increased exports up to 9.2 million bags, 7.2  per cent more than in the October‐May period last year.

Indonesia recorded an impressive 2.3 million bag increase (+60 per cent) compared to the previous year, while Honduras’ exports were 30 per cent higher than in 2015/16.

As a result of high export volumes so far during this coffee year and the build‐up of large inventories in importing countries, the market remains well supplied. The sudden drop in prices during the third week of June seems to have been triggered by co‐movement of coffee and other soft commodities, as some reports about technical selling suggest.

However, moving into the month of July, the ICO said there is still a residual risk of frost in Brazil potentially affecting the outlook for the next crop. Similarly, possible outbreaks of coffee leaf rust in countries such as Honduras may raise supply concerns in the market.