April 17, 2018—Early next month, Shinzo Abe, the Japanese prime minister is leading a large delegation of about 100 business people to Johannesburg, South Africa to see whether there is anything left on the table in the wake of Chinese dominance of African trade and infrastructure development projects. 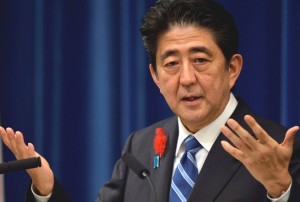 During the TICAD meeting in Nairobi two years ago, Abe promised $30 billion in Japanese investment across the continent.

Notable members of the delegation will be Yoshihiro Hidaka, the Yamaha Motor CEO and Toshiba Corporation CEO, Satoshi Tsunakawa.

The first ‘Japan-Africa Public-Private Economic Forum at the Sandton Convention Center between May 3 and 4,  is being organised by the Japanese government together with the Japan External Trade Organization (JETRO). The South African government is also involved in the preparations.

Only 1.2 pc of Japan’s $670 billion of imports during 2017 came from Africa while in terms of overall trade figures these are dwarfed by the Chinese who are the continent’s leading investors. Africa’s annual bilateral trade with China is now well above $100 billion from barely $10 billion in 2000. Japan’s trade with Africa is currently less than $30 billion in goods and services as of the end of 2016.

According to a JETRO statement, ‘In August 2016, in Nairobi, Japanese Prime Minister Shinzo Abe announced Japan’s initiative to launch this forum to be held in Africa with a view to accelerating the promotion of private-sector-led economic growth by encouraging networking among Japanese companies and African companies’.

In Nairobi two years ago, at the sixth Tokyo International Conference on African Development (TICAD VI, Abe promised Japan is investing $30 billion in Africa over three years ending 2019. However, the Forum will provide an opportunity for Japanese and African business leaders to highlight their work in Africa and provide an opportunity for enhancing business partnership. Business executives and ministerial representatives from African and Japan are expected to attend.