Iranian minister due in Kampala

October 24—Mohammad Javad Zarif, the Iranian Foreign Minister, will be in Uganda this week to explore […]

October 24—Mohammad Javad Zarif, the Iranian Foreign Minister, will be in Uganda this week to explore ways of strengthening trade links between the two countries. 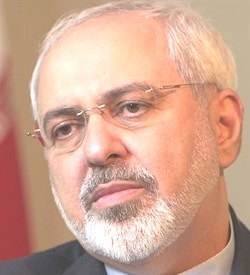 Uganda is one of three African countries, Zarif will be visiting this week.

Sources have told 256BN, apart from talks with President Yoweri Museveni,  Zarif will also meet with line ministers of those sectors of the economy Iran is interested in seeking further cooperation.

Uganda is one of three countries the Iranian senior minister is visiting in Africa. The others are South Africa and Niger.

Earlier this year, Seyed Morteza Alavi, the Iranian Ambassador to Uganda told Prime Minister, Dr. Ruhakana Rugunda, Iran has expertise in engineering and construction that can be helpful in Uganda’s efforts to improve infrastructure, especially in the oil industry.

Oil and natural gas are Iran’s most important exports, accounting for 82% of the country’s export revenues. Other exports include chemicals, plastics, fruits, ceramic products and metals. Iran is a top global tile maker.

Last year, Iranian business people showed a strong interest in importing Ugandan tea, but the country is also a big buyer of maize.

For much of this decade, sanctions made it difficult to trade efficiently with other nations, but the recent easing has given an impetus for the Tehran government to strengthen ties with Africa and catch up with regional rival, Turkey, to expand markets for Iranian goods and services.