Interest Caps: Government opts for dialogue with Bank of Uganda 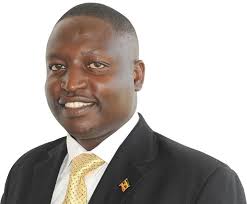 Kampala September 15 – The Ugandan government is looking at engaging with its central banker to examine agreeable ways for putting in check the runway lending rates that have recently elicited a public outcry and calls for interest rate caps.

Speaking at the side-lines of the Accountability sector Joint Annual Review today, junior finance minister in charge of planning David Bahati said while government was not going to cap interest rates because this would bring about policy reversals, it would instead engage with the Bank of Uganda to craft measures that will force commercial banks to lower their margins.

“The Central Bank needs to reign in the commercial banks to force them to put an end to these rates because it has the capacity to do so. Government will also continue engaging them to come up with the best measures on how best to achieve this,” Bahati said.

He added that as the central bank undertakes this role, government would also to tame it5s appetite for commercial credit because increased and continued domestic borrowing was one of the reasons for the high interest rates.

“If we (government) continue to borrow through treasury bills, then we may not achieve in lowering these costs and we shall continue experiencing the high costs of living. We need to be disciplined and we need to start by reducing on domestic borrowing,” he said.

Commercial bank lending rates spiked to 30 percent last year when the Bank of Uganda raised the CBR to 17 percent as part of efforts to dampen inflationary pressures. The central banker has since relaxed its policy stance with the CBR now down to 14pc but lenders are still maintaining a high spread with the lowest prime lending rate expected to come down to 22pc in October.

The issue has polarised the executive with civil society backing president Museveni’s that interest rates should be regulated while the Breton Woods inclined managers at the central bank believe the market should be left to find its own iquilbrium.