Indian VP due in Uganda

February 20–Mohammad Hamid Ansari, the Vice President of India, arrives in Uganda on Tuesday for a […] 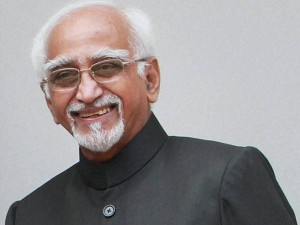 Ansari’s trip is a follow-up of the Third India-Africa Forum hosted by Indian Prime Minister, Narendra Modi in October 2015.

February 20–Mohammad Hamid Ansari, the Vice President of India, arrives in Uganda on Tuesday for a two-day visit.

He is expected to have talks with President Yoweri Museveni and senior government officials on various bilateral issues.

“This is a part of a conscious effort by the Indian Government to intensify our interaction with countries of Africa at the highest political level,” Ansari said en route to Africa where he also visited Rwanda.

Indo-Ugandan relations date back well over a century and there is still a strong presence of Indians in Uganda’s economy despite Idi Amin’s ill-fated expulsion order of 45 years ago.

Ansari’s  trip is a follow-up of the Third India-Africa Forum hosted by Indian Prime Minister, Narendra Modi in October 2015.

Although the Indian government has repeatedly denied it is competing with China to strengthen African goodwill, Modi at the close of the forum promised $10 billion in new concessional credit to Africa and another $600 million in grant assistance.

Some $100 million has been put aside for an Africa development fund and $10 million to an India-Africa health fund.

In Uganda itself, Indian direct investment has fallen off in recent years after topping the list of foreign investors in the year 2011/12. That year Indians invested $67 million compared to the $29 million brought in by the Chinese. Indian investment in Uganda peaked at $110 million during 2013/14.

However according to Uganda Investment Authority, by 2014/15, Chinese investor poured in $528 million while Indians invested $58 million.

India is Uganda’s leading source for pharmaceutical products and a variety of industrial chemicals. In 2014, Indian exports to Uganda reached just over $1 billion.