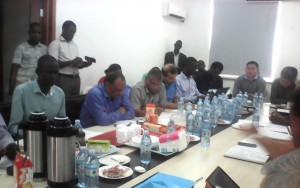 Clearly not amused about the turn of events, the EIPL team reminded the government about back payments although no details were revealed.

September 8— Energy Infratech PVT Limited (EIPL), the Indian energy consultants, were caught unawares mid-week when the government terminated their contract for work on the Isimba Dam and consequently had no hand-over report to mark their expected exit.

“We only received a notice last evening that our request for renewal of our contract has been denied. We are unable to hand over today, because we do not have the handover report. We request for a week from now to prepare our handover,” Shri Chauhan, the EIPL Project Manager for the contract told Eng. Badru Kiggundu, the Chairperson of the project steering committee who was at the site for the official ceremony.

The proposed 183MW dam is scheduled to be completed by the end of 2018, but there have been questions about the expertise of EIPL who were hired in 2014.

Early this week, Eng. Kiggundu, said EIPL’s contract period had expired and the government was not willing to renew it due to concerns about their performance  overseeing both Karuma and Isimba power projects.

“Government has considered not renewing the contract of EIPL. This decision is informed by EIPL’s records and performance in the last 40 months they have been on site. From this moment on, there will be no more dealings between government and EIPL on Isimba hydro power project,” Eng. Kiggundu said. 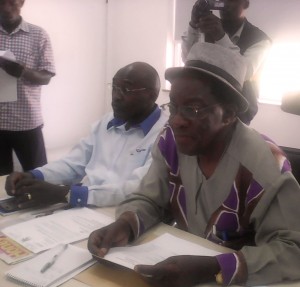 Eng. Kiggundu (right) said EIPL failed to live up to the government’s expectations.

Uganda Electricity Generation Company Limited (UEGCL) has been directed in the  interim, to perform the duties of the owners/engineer assisted by the project management consultants SMEC International Pty Limited, an Australia firm until another project engineer is hired for the close to $600 million hydro-electric dam.

However EIPL reminded Eng. Kiggundu about about back payments. Chauhan said, “We have not been paid since December 2016. We have employees who depend on us. We demand to be paid all our money before we can finally handover. We would have preferred for our contract to be extended, because according to our reviews, we have done a good job, but we cannot force the government hence you can do as you wish but first pay us.”

James Banaabe, the Director Energy resources at the energy ministry said the money that government owes EIPL will be paid after the EIPL invoice sent to UEGCL has been fully scrutinized and approved.

“Government is committed to fulfill its responsibilities before ending this contract. We are in final stages of approving the money that we owe EIPL and this will be done before next week Thursday, when we come back here for the final handover. We however are taking our time to make sure that we do not make an over payment or underpayment,” Banaabe said.