India wants to triple exports to Africa by 2021 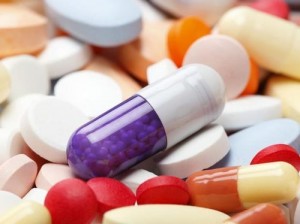 Exports of generic drugs to Africa make up more than half of India’s trade with the continent.

August 1—India wants to triple its annual exports to sub-Saharan Africa from the present $24 billion to $70 billion during financial year 2020-21 by extending more credit and helping to build new infrastructure on the continent while also encouraging increased Indian private investment.

Prime Minister Narendra  Modi has made it no secret of his wish that India not be left out in the cold while the Chinese push ahead to exert a growing economic influence in Africa.

According to findings in a new study titled Reshaping India-Africa Trade Dynamics and Export Potentiality of Indian Products in Africa, the plan is take overall trade volumes to $117 billion during the next three odd years with African exports to India projected to nearly double to $47 billion from the $27 billion seen during 2015/16.

In comparison, total African trade with China has grown from a mere $10.5 billion in 2000, $40 billion in 2005, $166 billion in 2011 to about $200 billion today. On the other hand, India remains the leading seller of pharmaceuticals to Africa mostly made up of generic drugs with annual sales of between $15 billion and $18 billion.

Although no mention is made of the Chinese dominance in Africa’s international trade, the study states, ‘Investments should not only focus on enhancing major infrastructural developments in Africa, but also developing the basic amenities in Africa, as the trade environment is expected to grow on the back of strategic business prospects and plethora of investment opportunities’.

According to the study, “With consistent expansion in trade, diversification and widening of products should also be focused on while trading with African nations in the coming years. The concentration of fewer Indian businesses in Africa is relatively high as around 600 Indian companies have invested in Africa, but only 11 companies account for about 53% of the total Indian investment flows to Africa’.

Recently, Mckinsey, the international management consultancy firm said there are an estimated 10,000 Chinese firms spread across Africa and the continent’s trade with China has been growing at 20% annually.

Earlier this year, the Chinese commerce ministry said in a statement, ‘China’s investment in Africa continues to increase greatly, embodying Chinese enterprises’ confidence in tapping African market and China’s increasingly anti-risk tenacity in its investment and cooperation with Africa’.

Gopal Jiwarajka, the President of India’s chamber of commerce said last week, “India has been able to intensify its presence in African countries through a significant line a credit worth $10 billion for development projects in Africa over a five-year period.”