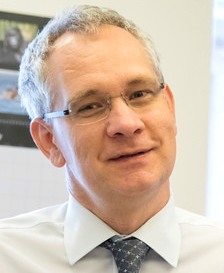 Schimmelpfenning’s team advised the government to explore other revenue sources and contain expenditure.

Meanwhile, Parliament is more taken up with whether or whether not there should be age limits for presidential contenders and the controversy of amending the Constitution.

Team leader, Axel Schimmelpfennig said in part, “Implementation of the financial year 2017/2018 (FY17/18) budget is challenging. Parliament did not approve some of the government’s revenue enhancing measures, while additional expenditure pressures have given rise to a supplementary budget. This widens the overall fiscal deficit and increases the government’s financing needs. The team advised the authorities to explore alternative revenue measures and contain expenditure pressures, while protecting social spending.”

Uganda no longer squarely relies on the IMF for foreign exchange as it did in the distant past, so does not have to swallow everything the Washington technocrats tell them. However having signed up to Policy Support Instrument (PSI), the IMF provides advice on effective economic programs that deliver clear signals to donors, multilateral development banks, and markets of the Fund’s endorsement of the strength of Uganda’s policies. This means regular visits to Kampala for meetings with top finance ministry officials and senior management at the Bank of Uganda, the government bankers. However the views of the team do not necessarily bind the IMF Board.

According to Schimmelpfennig, “The team had productive discussions and progress was made on developing the pillars of a three-year economic program. The team will continue the dialogue in the coming months to define targets for the next fiscal year and identify specific measures to achieve them.

He said, “Growth is projected to reach 5 percent in 2017/18 from 4 percent in 2016/17, supported by better weather conditions, while private sector credit remains muted. Inflation was 4.8 percent year-on-year in October. Bank of Uganda has appropriately continued its easing cycle in October, with core inflation projected to remain in line with the 5 percent target. The team notes with concern the increase in the poverty headcount ratio to 27 percent of the population in the 2016/17 Uganda Bureau of Statistics Household Survey.”

Schimmelpfennig said in establishing the FY18/19 fiscal targets, the team encouraged the authorities to continue the strategy of increasing revenue collection by at least 0.5% percent of GDP per year. “The team also underlined the importance of targeting a deficit that maintains debt sustainability and is consistent with available domestic financing. The team welcomed the authorities’ ongoing work to identify policy implications from the Household Survey and the stock-taking exercise of the infrastructure investment pipeline which will lead to better prioritized development spending,” he said.