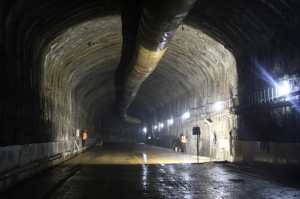 The government has been cautioned that delays for such vital infrastructure projects as the 600 MW Karuma hydro-electric dam raises the risk of fiscal deficits that can adversely affect growth.

May 18—An International Monetary Fund (IMF) mission that recently visited Kampala had some encouraging things to say about Uganda’s chances of getting out of the present slump with growth below 5%.

The team put 2016/17 GDP growth rate at between 3.5% to 4%, even lower than what Bank of Uganda had earlier forecast at 4.5%.  ‘The drought held back activity in the first part of the year. Private sector credit is an additional drag. Lastly, the slow execution of externally-financed public investment also contributes. With weather conditions improving and a recovery in credit, growth could accelerate to 5 percent in financial year (FY)2017/18’, the mission report reads in part.

By sub-Saharan Africa standards this is still pretty good, but Ugandans are more used to hearing figures of 6% and above. The IMF mission believes a rebound is in sight in light of the projected spending on infrastructure and investment in the oil sector. Western Uganda is sitting on an estimated 6.5 billion barrels of crude oil of which just over two billion is recoverable.

This could lead to a recovery of economic growth to between 6% and 6.5% over the medium-term with social spending helping to make this growth more inclusive.

However unlike of other experts around town, the IMF mission was not alarmed over the government’s debt. With the scaling up of infrastructure investment, government debt would continue to rise and peak at 41% of GDP in financial year 2019/2020.

Crucial is ensuring value-for-money is at the core of every public spending decision and an efficient tax net is in place. ‘Safeguarding debt sustainability requires continued domestic revenue mobilization and sound project implementation to realize the envisaged growth dividend’ states the mission report.

These missions occur on a regular basis under Article IV of the IMF Articles of Agreement. Basically what it boils down to is any use of IMF resources (usually foreign exchange standby facilities) is on condition that countries must consult and discuss pertinent issues with IMF staffers.  The mission was in Kampala between May 2 and 15,  to conduct the 2017 Article IV consultation and discussions on the 8th review under the Policy Support Instrument.

The IMF mission was satisfied with the way Bank of Uganda is keeping Headline Inflation in check, but cautioned the government on borrowing from the central bank rather than using the market place. Core inflation stood at 4.9 percent, in line with the Bank of Uganda’s (BoU’s) 5 percent target.

According to the mission report, ‘Revenue collection should reach 14% of GDP, making welcome progress on domestic revenue mobilization. Domestically financed development spending is on track, but foreign financed development spending and construction of the two hydro-power dams is expected to fall significantly short of earlier expectations. The supplementary budget brings current expenditures ahead of program projections, and the government should issue domestic securities to meet the resulting financing needs rather than rely again on BoU advances’.

In spite of front page headlines of last year, most banks meet or exceed Basel III capital requirements and conform with the liquidity coverage ratio. With elevated NPLs, profitability in the sector has declined but NPLs may rise further in the near-term. Banks have tightened lending standards, and credit growth has slowed. However the IMF mission believes ongoing efforts to enhance financial sector stability and development should lay the basis for a recovery of credit to the private sector.