February 21—The International Monetary Fund (IMF) has refuted media reports that the Kenya government can no longer draw on a $1.5 billion standby facility after talks on its use failed to take place in last June.

Negotiated in 2016, the facility consists of a 24-month Stand-By Arrangement (SBA) involving $989.8 million and a Standby Credit Facility (SCF)  of about $494.9 million for the same duration. 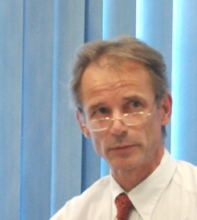 Mikkelsen said the prolonged election period last year made it difficult to discuss disbursement of the facility.

IMF Resident Representative in Nairobi, Jan Mikkelsen said, “Further to some press reports earlier today, I would like to clarify the status of Kenya’s Fund-supported program.  The precautionary SBA/SCF arrangement remains in place until end-March 2018.”

The money is available to help Kenya cope with any sudden foreign exchange problems arising from external shocks.

He said the second and third reviews of the program, due respectively in June and December 2017, could not be completed on schedule as agreement could not be reached on stronger fiscal policies.

“Discussions were postponed due to the prolonged election period. Kenya continues to have access to resources since June subject to policy understandings to complete the outstanding reviews.

An IMF staff team is currently in Nairobi for discussions on a possible new program and we are hopeful for an agreement,” he said.