September 14—In future, the National Identification Numbers (NIM) on national identity cards, are going to be […]

September 14—In future, the National Identification Numbers (NIM) on national identity cards, are going to be used by banks and other financial institutions, to track the transactions of customers including credit history. 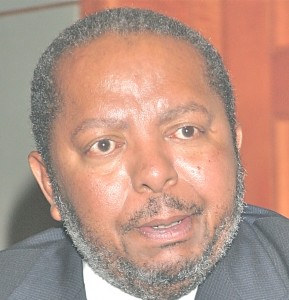 The government began issuing national IDs two years ago. The process is still continuing with several hundred thousands claiming to have missed out on the initial registration period while others want replacements.

In addition, NIRA in liaison with National Information Technology Authority (NITA) are currently developing the Application Interface (API) to facilitate the online validation of identification numbers by financial institutions and Credit Reference Bureaus.

This is all part of the opening up the market to competition and the process of separating the Financial Card System from the Credit Reference System is ongoing.

Prof. Emmanuel Tumusiime Mutebile (pictured), the BoU Governor said in the foreword, ‘The year 2016 was a very difficult one for the banking system. Loan quality deteriorated with the level of non-performing loans (NPLs) to total gross loans rising from 5.3 percent to 10.5 percent between December 2015 and December 2016. This led to a slowdown of private sector credit growth and a drop in bank profitability.”

Towards the end of 2016, Crane Bank was taken over by the BoU and placed under statutory management because the regulator felt its huge burden of non-performing loans placed depositors’ funds at risk.

Mutebile said the key Financial Soundness Indicators show that commercial banks’ performance declined in 2016. The ratio of Tier 1 capital to Risk weighted assets (RWA) held by commercial banks fell from 18.6% at the end of 2015 to 17.3 percent at the end of 2016, although the latter was still well above the regulatory minimum of 8 percent. The strong capital and liquidity buffers held by banks provide the banking system with a high degree of resilience to shocks such as losses on their loan portfolios.

‘Capital requirements will be enhanced in 2017, in line with the global strengthening of capital standards under the Basel III reforms. These requirements, which are being introduced in cooperation with our partners in the East African Community, include measures to address potential systemic risks, such as a capital conservation buffer and a capital surcharge for domestic systemically important banks,’ he said.