September 21—The Kenyan entertainment and media (E&M) market was worth $2.1 billion in 2016 according to a new report by PricewaterhouseCoopers (PwC) South Africa. This is up 13.6% on 2015, but the key ingredient of Kenya’s media industry is the continued earning power offered by the humble radio set. 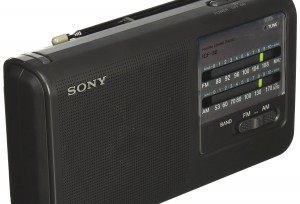 Kenya has the 14th-largest radio advertising market in the Middle East and Africa region.

The financial consultants say this total E&M revenue will grow at an 8.5% compound annual growth rate (CAGR) over the next five years, hitting the $3.0 billion mark in 2020, and totaling $3.2 billion in 2021. PwC South Africa surveyed Ghana, Kenya, Nigeria, South Africa and Tanzania.

Total advertising revenue in Kenya reached a billion US dollars in 2016 and is set to grow at an 8.0% CAGR over the next five years, fueled by Internet advertising’s CAGR of 13.6% over the forecast period.

However, by 2021,PwC South Africa say it will generate more radio advertising revenue than Italy, a country with a bigger population and an economy more than 20 times larger.

According to analysts at Bizna Kenya, low costs and robust listenership are key pull factors to businesses looking to advertise on Kenyan stations. Due to the range of radio stations in the country, advertisers can reach key demographics, meaning targeted and more effective ad campaigns.