Home » Business » Companies » How Sudhir’s goose got cooked: A startling account of malpractices and how even M7 could not save Uganda’s most celebrated ‘investor’

How Sudhir’s goose got cooked: A startling account of malpractices and how even M7 could not save Uganda’s most celebrated ‘investor’

KAMPALA, OCTOBER 22 – Fate can be unforgiving. Sudhir had expected the Bank of Uganda to […] 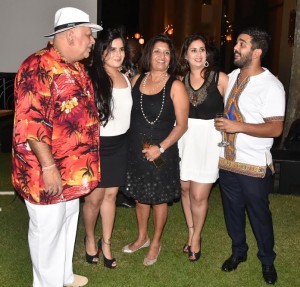 KAMPALA, OCTOBER 22 – Fate can be unforgiving. Sudhir had expected the Bank of Uganda to take-over his bank today. Instead that move came on Thursday, a day after the money mogul had concluded the Kampala edition of his daughter’s wedding, an event some guests describe as coming off more like a funeral wake than the celebratory climax of a rich man’s send off for his beloved daughter.

It all started with a 2015 inspection of Crane Bank Limited by the Bank of Uganda which revealed the massive and systemic cover up of non-performing loans NPLs. There was loan recycling and even falsification of money trails to give the appearance of loans having been paid whereas not.

It was also discovered that on other occasions, loans on default were treated as paid once secured property was foreclosed but instead of being sold and the proceeds banked, the titles were simply transferred to a related real estate company.

CBL then had to “fess up” to the NPLs and make full provision for them. This wiped out profits and also impaired capital. A directive was issued for the capital impairment to be made good by payment or capital injection by new investors. Sudhir stalled.

Whilst this was ongoing, it was discovered that branches which had been built/refurbished and fitted out using depositors’ funds were not registered in the names of the Bank but of a related company. BoU asked for this to be reversed, Sudhir and his lawyers raised some technical arguments about restriction of land ownership by foreigners. BoU responded by asking for branch land values to be removed from Bank’s balance sheet – further impairing capital and increasing the amount shareholders would need to pay to meet with capital adequacy requirements.

Sudhir banged tables and worked the phones to higher ups in government. BOU remained resolute in its demands. Investor(s) balked at the price he was demanding and did not come to the party. So he proposed liquidating some real estate to make up for the capital shortfall. BoU thought this would take long but was open if it could be done.

Crane Bank also started having liquidity issues. Apparently one of the leading lenders in the market had to wait 5 days for the repayment of an overnight placement at some point and all of CBL’s T-Bills were already pledged elsewhere for credit. Rumours started swirling and withdrawals were big being made. In the last week it was said that depositors withdrew something between 250-300 billion out of the 1.2 trillion of deposits that Crane was reported to have.

Sudhir went for last ditch effort, seeking to get credit from BoU for liquidity. BoU was happy to oblige but wanted security. Sudhir offered the titles to the branches. BoU said no. It wanted liquid and unencumbered security for itself because the branches, being capital are like security for the depositors’ monies. Taking these as security would effectively pitch the BoU’s interests against those of the depositors it is mandated to protect.

Sudhir got desperate. He sought help from the fountain of power in the country. The Big Man listened but referred Sudhir to the Minister of Finance. The Minister of Finance listened but said that other than urging the NSSF not to break its deposits there was little he could do. He referred Sudhir back to the Governor. The Governor had been briefed by Iron Lady Justine Bagyenda , Director Bank Supervision – she had stacked her report in such a way that if she was overridden then the mess of any collapse would have to fall on the Governor. The Governor listened carefully but said there was nothing he could do.

Sudhir was reduced to begging Justine for time to conclude his daughter’s wedding – a long drawn out and lavish affair that was first conducted in London in August and in Kampala this week. Justine was non-committal.

People who attended a wedding function at Munyonyo on Wednesday evening said that it was a muted and crestfallen Sudhir who was there and that the whole thing had the air of a funeral wake – with pals coming up to Sudhir, saying a few words of comfort, commiserating in silence and moving on.

He told confidants that he had given up but had been assured that the statutory takeover would come after the finale of his daughter’s wedding festivities on Saturday. He had read Justine wrong. She moved on Thursday.

The Financial Institutions Act mandates the BoU to immediately appoint an auditor after taking over a bank. That auditor is supposed to make a full inventory of assets and liabilities. BOU has six months to assess whether the Bank lives or dies. None taken over has ever lived.

The audit is going to be crucial because rumours abound about cooked books and a hole in the books.  The rumours spiked when AR Kalan, the former MD, Sudhir’s former number 2 left the bank unceremoniously and under mysterious circumstances. Sudhir papered over those cracks but questions lingered – where is the money?

There are also some rumours that Sudhir was using depositor’s cash to run a high- interest (Shylock) money lending business called Crane Financial Services. Worse still is the allegation that many of the NPLs were fronts for Sudhir himself to siphon out money for grandiose real estate projects.

What happens next will depend on if the audit finds a hole and the size of the hole. At primary level the BoU is dealing with capital impairment and liquidity crisis caused by non-performing loans.

BoU moved to safeguard depositors first but then they are going after Sudhir after that for his own bad debts.