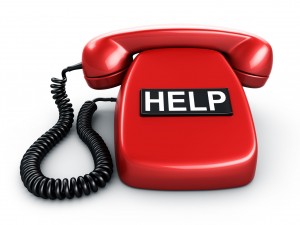 The hotline is supposed to help curb corruption by making it easier for investors to be protected from bribe-seekers.

May 11—The announcement that members of the Uganda People’s Defence Force (UPDF) will take calls on the new Uganda Investment Authority (UIA) hotline has taken some people by surprise.

Not about the toll-free number 0800100770. Hotlines are nothing new. These days, there are hotlines all over the place. Some do not even deserve to be called ‘hot’ considering the services rendered.

The surprise comes with the involvement of the UPDF, as if to say you cannot trust anyone in UIA which certainly cannot be true.

What impression is a potential investor to get on the state of Uganda’s investment gateway?  It would be very interesting to see how this measure will affect the country’s ranking in the next World Bank Ease of Doing Business survey. Will it be tagged a plus or minus considering one does not quickly relate investment matters with soldiers?

The hotline is supposed to help curb corruption, by making it easier for investors to be protected from bribe-seekers. This unfortunately remains a lucrative sideline for public officials. At this very moment, there is a court case involving a junior minister no less, accused for hounding an investor. In another instance, two senior officials in the finance ministry were recently nabbed for harassing a Chinese businessman for big money.

The UPDF is already a major player in Operation Wealth Creation and by most accounts doing a good job. Some say even better than the National Agricultural Advisory Services, who were supposed to carry out much of these responsibilities before.

Soldiers are disciplined and usually their presence is reassuring.  But the situation with UIA is slightly more delicate. If we have to use UPDF personnel, then it would have been best that disclosure of the hotline service be limited to just the number.  Not the fact that soldiers are manning the phones. That at least would have left UIA with some self-respect and dignity.