Hope yet for Airtel Africa after reporting $6m profit

May 18, 2017 in Business, Companies, Technology & Telecoms by Editor

May 18—Shareholders in Bharti Airtel, the India-based multinational mobile network, are looking at the African operations […] 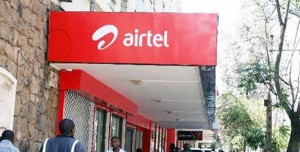 May 18—Shareholders in Bharti Airtel, the India-based multinational mobile network, are looking at the African operations with better humour after the region earned the company a $6 million profit compared to the $57 million loss in financial year 2015/16.

Less instability in most foreign exchange markets across the continent and growth in data use allowed Airtel Africa revenues to grow by 2.6% to $888 million in the three month period ending March 2017.  The subsidiary operates in 15 African countries,  including Kenya, Rwanda, Tanzania and Rwanda.

“Our efforts to deliver a profitable business model for Africa have resulted in EBITDA growth of 36% with margin expanding by +500 basis points on an underlying basis in FY 16-17. For the first time ever, African operation has delivered positive PBT (profit before tax) in the financial year (constant currency),” Raghunath Mandava, the Airtel Africa Chief Operating Officer said in a statement.

Earlier this year, the talk was of selling off chunks of the Africa operations as the heavily indebted Airtel ($12 billion) battled to fight off fierce competition at home specifically from, Reliance Jio, the recent entrant in India’s mobile network market.

Revenue growth for the quarter was 4.4% higher in constant currency terms during financial year 2016-17 with net revenues up a healthy 5% as Airtel Africa shed unprofitable lines. In the meantime, data consumption and revenues have grown by 95.5% and 23.5% respectively in the just ended fiscal.

Mobile data revenue increased 14.5% to $157 million from a year earlier. Mobile data now represents 17.7% of total revenue compared with 15.7% in the same period a year ago. But Bharti Airtel have not altogether abandoned consolidation talk. During the annual GSMA conference, Bharti Airtel Chairman, Sunnil Mittal said they were looking into mergers.

Officially, the company later said in a statement, “We have always maintained that in a few countries, where the business model is not sustainable due to hyper-competition, we will look at engaging actively with other players in those markets to create a viable business case through in-country consolidations.”

In the last quarter ended March this year, Bharti Airtel and Millicom International signed an agreement to combine their operations in Ghana through their respective subsidiaries, Airtel Ghana Limited and Tigo Ghana Limited, where the final entity will have equal ownership and governance rights from both parties. The deal closure is subject to customary regulatory approvals and other closing conditions.