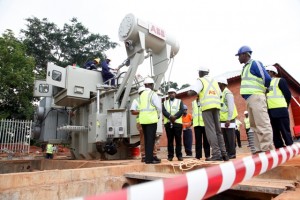 September 3, 2018 – Uganda could be on the verge of a major reversal to a policy it championed two decades ago, as the government mulls a merger or the scrapping of agencies it sees as duplicating the functions of other institutions.

Government officials were not immediately available to provide further details but according to media reports, previously independent agencies responsible for road construction, drugs procurement and oversight as well as units for power generation, transmission and distribution, would be disbanded and have their functions transferred to mother ministries. The move is intended to reduce the wastage associated with duplication.

Speaking to 256BN, Mr. Julius Mucunguzi, the Communications Advisor to the Prime Minister confirmed that the plan had been around for a couple of years but he did not have details about how the policy would be put into practice.

The proposals have divided public opinion with supporters pointing to the multiple boards overseeing the agencies as an unnecessary drain on the public purse.

Opponents warn that the move could hurt service delivery since the mother ministries were underfunded and enclaves of graft and incompetence.

“Can you contemplate a scenario where getting power extended to your premises will become a political, rather than business decisions,” asked a critic.