October 18, 2018—Business sentiment in Uganda remains optimistic despite an increasingly expensive US dollar as latest […]

October 18, 2018—Business sentiment in Uganda remains optimistic despite an increasingly expensive US dollar as latest estimates put GDP expanding by 6.1 percent compared to the 5.8 percent projected in June. However the trade deficit continues to deteriorate as Ugandans import far more than they export. 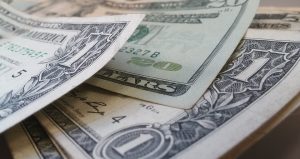 The Uganda shilling depreciated nearly two percent against the US dollar during September.

In its September review of the economy and using data from several other government institutions including Bank of Uganda (BoU), the finance ministry says the Uganda Shilling depreciated by 1.9 percent against the United States dollar, recording an average mid-rate of UGX3800.68 in September 2018 compared to UGX3729.53 in August.

According to BoU, during September 2018, the shilling lost some of the gains it had made against the other major currencies, depreciating against both the Euro and the British Pound. It registered a 2.9 percent and 3.3 percent depreciation against the Euro and the Pound respectively during September, in contrast to the appreciation of two percent and three percent respectively recorded in the previous month.

Demand has mainly come from manufacturing, oil and the telecommunications sectors whose forex needs have outmatched the supply during the month.

On the other hand, sentiments about doing business in Uganda remained positive albeit a marginal decline as shown by the Business Tendency Index tracked by Bank of Uganda.

The BTI declined in September 2018 to 56.12 down from 56.14 in August 2018, but remained above the 50 mark. Agriculture and other services registered improved indices while construction, manufacturing and wholesale registered marginal declines.

However, coffee earnings fell by 24.2 pc following a drop in both its volume and the international coffee prices. The reduction was due to low international prices on account of higher production in Brazil as well as lower production from the main harvest in Masaka and South-Western regions compared to the previous year. Coffee volumes fell by 16.6 pc whereas the price declined by 9.1 percent.