October 10,2018 – The One Network Area ONA, an initiative launched by mobile phone networks to […] 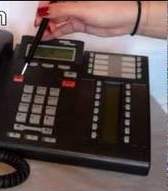 October 10,2018 – The One Network Area ONA, an initiative launched by mobile phone networks to reduce roaming rates in Kenya, Uganda, Rwanda and South Sudan in 2015 has collapsed.

Industry players are blaming grey traffic – international calls disguised as local traffic between member networks – for the abandonment of the initiative which had slashed almost 50pc off the cost of calling member networks.

” It is true, the telecom operators have decided to suspend the one network tariff. Rwanda was first a week ago followed by Kenya on Saturday,” a source told 256BN.

Callers began experiencing higher tariffs for off-net calls to mobile networks in the ONA zone at the start of the month. Rwanda was the first to make it official when networks there sent out SMS messages to their customers alerting them to the tariff change.

256BN confirmed the change through test calls which were charged UGX 10 per second, capping at UGX 600. This compares with the UGX 360 a minute cost under ONA, regardless of host network.

While most commentators blame a Juba based Lebanese gang for the bulk of grey traffic, experts are pointing to disparities in tax policy on the telecom industry in the region which have created a tariff differential that enables ‘SIM-BOX’s to enjoy a handsome margin from terminating  international traffic that is disguised as  local traffic, to target networks.

Uganda which has the highest duty on international traffic in the region was a particular target with South Sudan terminating 15 times more traffic than was flowing in the other direction from Uganda. Daily losses to Uganda as a result of this practice were averaging UGX 1 billion daily with MTN Uganda taking half of the losses.

According to a survey by the International Telecommunications Union ITU, of the first year after ONA was introduced, it was not the primary cause of grey traffic.

“ONA highlights the problem of grey traffic but it is not the cause. The cause is the wide gapbetween domestic and international tariffs, which rewards call origin fraud. This gap is further widened by the dissimilar tariff policies of Internet traffic and traditional telephony. As both sides recognise, solving the grey traffic problem requires cooperation between regulators and MNOs, as well as investment in traffic management and fraud detection systems,” the ITU says.

To pull off the scam, SIM-BOX operators assemble racks containing as many as 500 registered sim-cards at a time, to receive international traffic – especially Voice Over Internet, from  abroad which is then routed through the sim-box, to appear as originating from an ONA member.

Regulators in Uganda, Kenya and Rwanda have tried to curb the practice by liming the number of mobile phone lines assigned to an individual customer but the cartels behind the racket have found their way around these obstacles.

The ITU adds that the impact of lower tariffs on individual roamers with the area has been significant.

“Cross border voice traffic has grown rapidly since ONA implementation, tripling in both Kenya and Uganda with a nearly five-fold increase in Rwanda and a thirty-fold increase in South Sudan. However, some reported growth may not be due to roaming and previously stifled demand but to the local re-origination of international calls to make them appear eligible for ONA preferential tariffs,” the ITU report says.