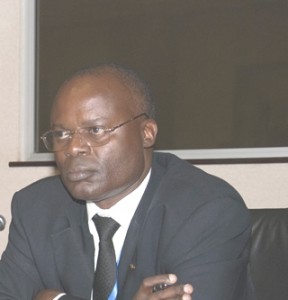 Dr. Kasekende said the quality of the graduates and their relevance to the economy are points that have to be addressed.

June 19— Uganda educates far more people at post-secondary school level than can be productively absorbed by the economy, given its current level of development according to Dr. Louis Kasekende, the deputy Governor, Bank of Uganda.

Speaking during a public dialogue on higher education at Makerere University recently he said, “This is both a waste of resources which impedes economic development and is financially unsustainable.”

An alumnus of Makerere himself, where he received his economist degree, before moving to the UK for a Masters and PhD,  Dr. Kasekende said “Furthermore, the excessive numbers of students in higher education, and the very low entry standards, have degraded its quality. The result is that the quantity of university graduates is too large for the needs of the economy, but the quality of these graduates is too low,” he said.

According to latest figures from the finance ministry, per capita income in Uganda has been growing at 2% annually, but the population growth rate is three times the world’s average at 3% per annum. Some 39 million Ugandans are sharing a current GDP of $25 billion after economic growth slowed during financial year 2016/17 to 3.9%, but still well above the sub-Saharan average of 1.4%. In the 1990s, Uganda was growing at average 8% annually.

Dr. Kasekende said the numbers enrolled in higher education have risen very rapidly, by almost 10% per annum between 2002 and 2014, compared to annual growth of 3.3 percent in the 20-24 age cohort during this period.  In 2014, there were nearly 250,000 students enrolled in institutions of higher learning across Uganda. As a share of the relevant age cohort, those enrolled in higher education more than doubled between 2002 and 2014, from 6 percent to 13%

On the other hand demand for graduate level occupations remain low in Uganda. He said, “The main reason pertains to the structure of the economy. Outside of the public sector, workers with higher education are employed by medium and large scale private sector firms, which need managers, accountants, engineers, IT specialists, etc. 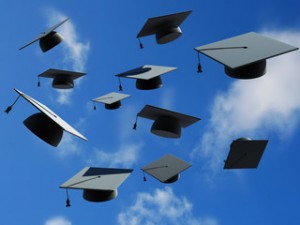 The celebratory flinging of m0rtar boards into the air is increasingly becoming premature for many of Ugandans graduates.

“But these firms make up a small share of the economy and an even smaller share of employment. The 2010 Census of Business Establishments found that formal sector enterprises (enterprises employing five or more workers) employed only 3.3 percent of the entire workforce (this includes all categories of employment of which professionals are only a small share),” he said.

Dr. Kasekende is a former Executive Director at the World Bank in Washington DC and later appointed Chief Economist at the African Development Bank when it was based in Tunis, Tunisia.

He told his audience that the Ugandan economy still predominantly comprises household and micro-enterprises, mainly engaged in agriculture, artisanal manufacturing and informal services. These enterprises do not require professional workers.

“Until there is radical change in the structure of the Ugandan economy, with employment in formal sector private enterprises replacing employment in household and micro-enterprises, the demand for graduate level employment as a share of total employment is unlikely to rise. Structural change of this nature will eventually occur in Uganda, but it will be a slow process, probably taking several decades, not least because of the very rapid growth of the population,” he said.

He suggested a more rational approach would involve raising steeply the academic requirements for students to enter higher education, leaving the most academically able to gain entry. “This would reduce the numbers of university students and ensure a better match between graduates and the demands of the labour market. It would also ensure that the average quality of graduates would rise, both because of the higher entry requirements and because smaller classes will allow teaching to be more effective,” he said.

“Higher quality graduates will benefit employers; the graduates themselves will be more productive and so employers will have greater incentives to employ them in graduate level jobs ,” Dr. Kasekende said.

He said as an alternative to higher education, secondary school leavers who have not achieved very good UACE grades should be encouraged to undertake post-secondary vocational training. Boosting the supply of job market entrants with vocational skills will be much more useful for potential employers than oversupplying the market with graduates for two reasons.

“First, the operations of most enterprises require far more workers with vocational skills than professional staff. Second, the quality of vocational skills is poor in Uganda, which impedes the productivity and thus the competitiveness of Ugandan enterprises,” Dr. Kasekende said.