Home » U » Government wants to prod youth fund back into life

Government wants to prod youth fund back into life

July 20—The government is carrying out countrywide spot checks to measure the effectiveness of its youth fund project which apparently has lost momentum and public trust since being launched in December 2013. 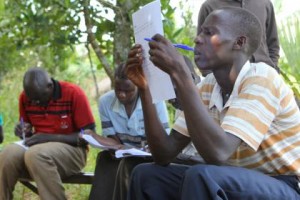 The Programme was started as a way to help unemployed young people earn a living by starting small group projects.

Gender, labour and social development minister, Janat Mukwaya told a news conference this week,  “Starting in mid-September to October, we are going to do a mid-term review of the youth and women fund project. But before we do that, we thought it important to go on the ground and monitor the progress of these projects,” she said.

She said, “Contrary to what has been reported in the press about the non-existence of these projects, we are glad to inform the public that the projects are in place although there have been great challenges like poor planning and natural calamities which has made them fail to pay back the given loans.”

According to Mukwaya, to date, UGX 84.55 billion (about $23 million) has been given out to 11,503 groups and benefited about 144, 000 individual young people. This financial year, the government has put aside UGX 58 billion.

But Mukwaya did not deny there are problems.  She said the Youth Livelihood Programme  has been beset  by controversies ranging from outright corruption, failure of groups to pay back their loans and mismanagement of the money both by the ministry staff and the borrowers. The Programme was started to help qualified youth groups to start income-generated projects that would help raise their living standards.

Mukwaya said the government is going to retrain the relevant officers as a way of solving these challenges and increasing the effectiveness in the country’s social development.

“We have realized that the technical team that we hired on the ground was not efficient enough, hence misinforming the groups on how to use and pay back the money. Some youth groups started projects that failed, because they had not fully thought about them. That is why we are going to retrain the community development officers so that we can see positive effects from this fund,” she said.