Government to issue statement on sugar

May 11—An official statement on the upward spiral of sugar prices in Uganda is due Friday, […] 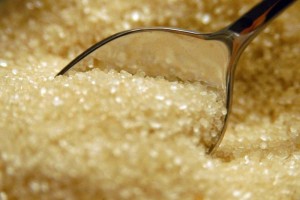 A shortage in Kenya is feeding on the fears that the same situation may happen in Uganda.

May 11—An official statement on the upward spiral of sugar prices in Uganda is due Friday, but the government is blaming distributors who it believes are hoarding the product and exploiting the widespread shortage in Kenya to increase profit margins at home.

Speaking to 256BN on condition of anonymity a government official monitoring the situation said the manufacturers have not increased the factory price, but he conceded that the situation is worrying.

“At the factory prices are stable. Why is it that the prices at the retail gate are high. This means that there are some distributors who are using the hiding strategy in order to rob Ugandans. As Government we shall continue monitoring the situation until we come up with the solution” the official said

Affordability of sugar is considered a key barometer of an ordinary person’s well-being and its pricing can take on political dimensions when people cannot have sugar with their tea.

Last week, there were several reports of Kenyans living in the vicinity of the border with Uganda, crossing over to specifically buy sugar and maize flour. Earlier this week, the Kenya government announced plans to import 100,000 tonnes of sugar from COMESA member countries subject to conditions spelt out by the Kenya Revenue Authority.

Currently the price for sugar in Uganda ranges between UGX 5000 ($1.30) to UGX7000 ($1.90) per kilogramme, depending on the region and packaging. Many retailers are simply riding the trend, raising their price, even though they might have bought their stock several weeks ago in advance.  However panic buying has not helped the situation.