Government steps in with $27m to shore up maize prices 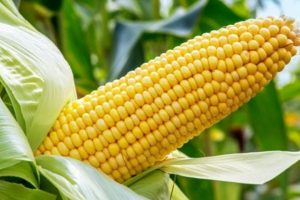 Produce dealers will have access to cheap loans from commercial banks which they can then use to buy maize from farmers.

August 9, 2018—The government has put aside UGX100 billion (just over $27 million) to shore up the depressed price for maize to help farmers sell their crop for at least UGX500 (nearly 15 US cents) per kilogramme. Prices had fallen down to UGX 200 last week causing a widespread outcry from desperate farmers.

Matia Kasaija, finance minister told a news conference in Kampala on Wednesday, “Given the adverse impact of low prices of maize on farmers across the country, the Government of Uganda, together with the Bank of Uganda and the Grain Council of Uganda and commercial banks  has therefore initiated  measures  to mop up excess maize grain using  the Agriculture Credit  Facility (ACF). This intervention will enable farmers across  the country to sell their maize  stocks at not less than UGX500 per kilogramme.”

The ACF, which operates in partnership with commercial banks, is intended to provide medium and long term loans to projects engaged in agriculture and agro-processing on more favourable terms than are usually available from the banks. It is administered by BoU, with provision for a maximum grace period of three years.

In recent months, maize prices have plummeted following bumper harvests across East Africa and many usually lucrative export markets for Ugandan grain have substantially slashed their requirements. Maize is a major crop in Uganda, both as a basic food stale and for selling to regional markets.

However he clarified that the government will not directly intervene in the market, but enable produce buyers to access the money from selected commercial banks at a 15 pc per annum. It is planned that the banks will disburse   up to UGX5 billion within seven working days after receipt of eligible loan applications.

Kasaija said the money will be available for all interested maize traders who have suitable storage including cleaning and drying facilities. This is so that the grain can be stored for at least six months when the prices are expected  to recover .