April 27, 2018—Eng. Irene Muloni, the energy minister, has said the government is in the last stages of approving an electricity free connection fee policy for some parts of the country to increase domestic consumption and is negotiating a $200 million loan to implement it. 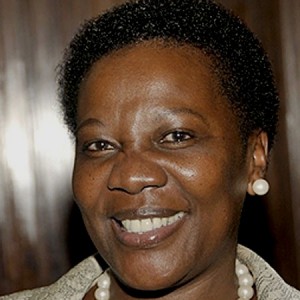 “Despite all our efforts, electrification in Uganda is only at 22% which is very low. This is worrying for the Ministry and the government. If we are to realise industrialisation and add value to our goods, more areas and more Ugandans  must be able to access electricity that is reliable and affordable,” Eng. Muloni said.

She said the leading factor hampering electrification especially in upcountry, is people could not afford the connection fees. She said Uganda is currently producing excess supply that is not being fully used and this partly explains the relatively high tariffs.

“Uganda is currently producing 950MW. We expect this to be doubled to 2000 in two years. So production is currently not an issue in Uganda. However this has not solved the issue of limited domestic use of electricity,” she said.

Eng. Muloni said the government, through the finance ministry, is negotiating a $200 million loan to help speed up extension of electricity upcountry. She said currently the government has  connected all district headquarters  to the national grid apart from four which will also be connected in the near future. This program it to be extended to all sub-country headquarters and later to villages.

“For all areas that we will extend electricity too, they will be free connection to homesteads. The owner will only be charged money for wiring. We are also putting in place technology that will ensure that the wiring is done at an affordable price,” Eng. Muloni said.

She was speaking during a signing ceremony that took place at Finance headquarters on Thursday after the Japanese government committed $201 million for infrastructure projects in Uganda. The money is to be channeled through JICA, the Japanese aid agency.