Government on the spot as World Bank showcases Uganda aid 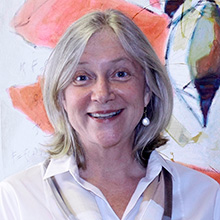 Calvo said the Group is ready to continue helping Uganda to reduce poverty and increase prosperity.

May 31—The World Bank Group, Uganda’s leading multilateral donor, held an Open Day yesterday to show the general public what it is doing and has done, for the country’s economic development although not all were impressed.

The Group’s portfolio in Uganda is worth close to $3 billion in credits, grants, and guarantees covering national and regional operations. About half of this supports infrastructure development—energy, roads, urban infrastructure, and ICT—and the rest agriculture, water and sanitation, education and health, social protection, and private sector development, and trade.

However, Henry Banyenzaki, a former state minister for economic planning, raised the widespread concern that the government’s total foreign debt continued to rise rapidly, yet the impact in terms of improving living standards is not being felt by vast numbers of Ugandans. The event took place at the Kololo Independence Grounds in Kampala.

“We want the government officials to tell us why the economy is still staggering and standards of living very poor for the majority of Ugandans and yet government keeps getting more loans from international organisations? What is wrong? Why isn’t the common Ugandan seeing the benefits of these projects,” Banyezaki asked.

Uganda’s debt to GDP ratio is still below the critical 50% and a recent IMF mission felt this was not a source of concern. Most of the money from the World Bank comes in the form of concessional lending and grants. But in recent years the  government has been borrowing from the China’s Exim Bank at terms that are not usually disclosed.

The Minister of Finance and Economic Development, Matia Kasaija said “We are aware that there is more that needs to be done on policy implementation. If all the projects that government initiates are utilised well by the intended groups, Uganda would become a middle income state in a few years.”

He said, “However we need to concentrate on betterment of the education sector so that our young ever growing population can be skilled and empowered.”

The World Bank Country Manager, Christina Malmberg Calvo said they are ready to continue helping the government in fighting poverty and gaining prosperity that benefits all Ugandans. Recently the Bank resumed lending after suspending assistance in September last year due to governance issues and persistent delays of major projects.

During the past eight months and pressure from parliamentary oversight committees, the government has scrambled to make amends. Last week, the Bank released new funding of $240 million for education, health, civil society and prevention of violence against women and girls.

According to the latest World Bank overview Uganda’s economy has grown at a slower pace recently thus reducing its impact on poverty. Average annual growth was 4.5% in the five years to financial year 2016, compared to the 7 %achieved during the 1990s and early 2000s.

The economy has since faced headwinds, including adverse weather, the civil unrest in South Sudan, global economic uncertainties, and private sector credit constraints.

As the economy becomes more resilient and election-related uncertainties recede, the economy is expected to grow at 4%–5% during financial year 2017 as the impact of the drought recedes, distress from the banking system distress is contained, and the execution of the public projects improves.

The general consensus among the crowd that turned up despite the drizzle, was whether the government was making proper use of World Bank money in light of the many scandals involving fraud and shoddy workmanship.

Kasaija said the government is doing everything possible to help the common Ugandan by way of free education and infrastructure development . However he conceded that there were lapses in poverty reduction. He also said the government is frustrated by partners who don’t do their job on the ground and engage in corruption which frustrates many government projects.

Allan Tumumisirize, a Kampala businessman was more concerned about what he perceived is the government’s neglect of the common trader. He singled out the high rents, taxes and high interest rates ” And yet it was offering tax exemption to foreigners,” he said.