November 20—The government is considering installing a cable car service on the Rwenzori Mountains, a popular […]

November 20—The government is considering installing a cable car service on the Rwenzori Mountains, a popular tourist attraction as the sector continues to top as foreign exchange earner at just over $1 billion annually. 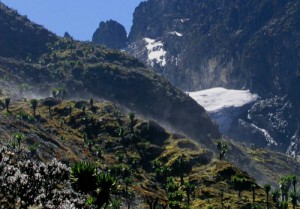 No details have been provided on the probable cost of installing a cable car system, but officials believe it will add value to the tourists’ experience of the Rwenzoris.

Tourism minister, Prof. Ephraim Kamuntu commenting on the performance of the sector in financial year 2016/2017 said, “The tourism sector has been growing consistently since the restoration of peace and security. The sector continues to be the leading foreign earner contributing $1.37 billion as well as UGX6.17trillion to Uganda’s GDP.  The sector is employing about 6% of the Uganda’s labour force in 2016/2017.”

The Rwenzoris in western Uganda attract both mountaineers and hikers, but adding a cable car service is  meant for convenience and not intended to take away the physical thrill of testing oneself against the so-called ‘Mountains of the Moons’.

During the 8thAnnual Tourism Sector review conference late last week, Prime Minister Dr. Ruhakana Rugunda said the government has finalized feasibility studies for the cable car project.  “The study is already done, but were just waiting for the consultant’s report which will be discussed by relevant stakeholders  before we embark on procuring the contractor to install the system on the Uganda’s  highest mountain.” Rugunda said in a speech read for him by Prof. Kamuntu.

Other attractions of the Rwenzoris are its crater lakes and glaciers ontopside, although in recent decades due to global warming, these have been steadily receding. The mountains also teem with several wildlife varieties especially that found in tropical forests on the lower slopes.

Mountain  Rwenzori has also six main mountains with peaks exceeding 4,500 metres namely Mt. Stanley, Mt. Speke, Mt. Baker, Mt. Gessi (in the Congolese side), and Mt. Emin Pasha, Mt. Luigi di Savoia. Themountains are found along the border between Uganda and the Demoratic Republic of Congo, the highest peak is Margherita which is 5,119m above sea level.

In East Africa Kenya introduced a cable car system on Mount Kenya. Apart from installing cable cars, government also intends to develop a master plan for the Source of the Nile to raise its profile as a worthy destination. Prof. Kamuntu said the Ministry will continue striving to see that the sector develops since it is considered as a vital cog in Uganda’s Vision 2040.