November 7, 2018—The proliferation of counterfeit goods in Uganda, many of them sub-standard and a potential […]

November 7, 2018—The proliferation of counterfeit goods in Uganda, many of them sub-standard and a potential health risk, has forced the government to make plans for introduction of digital stamps to stem the tide.

The proposed stamps will have a quick response code that will allow distributors, retailers, and consumers to use an app on their smartphones to verify the authenticity of the products. 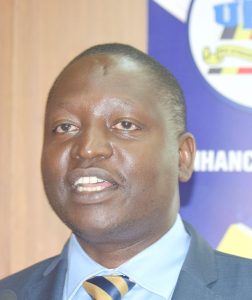 Bahati said the government is already n talks with a supplier so that the directive can be implemented.

David Bahati, a junior minister for finance said on Tuesday, “Fake goods are not supposed to be in our economy so we cannot legitimize them by increasing taxes on them or reducing taxes on the genuine ones. We are going to make sure they do not enter the market. We have already signed an agreement with a service provider for digital stamps for the Uganda Revenue Authority (URA).”

He was speaking at a conference organised by Stop Counterfeit Products Africa (SCP-Africa) in Kampala. The global trade in counterfeit and smuggled goods several billion US dollars.

The planned move means that in the near future every imported product will bear a stamp right from the factory so as to enable the Uganda National Bureau of Standards (UNBS) to verify quality.

Bahati said,“We think if we did that, which we are going to do in a few months from now because we have finished the arrangements, then fake goods will be reduced on the market.”

Digital Tax Stamps are physical paper stamps which are applied to goods or their packaging but in this case contain security features and codes to prevent counterfeiting, tamper proof features, track and trace capabilities to enable; consumers validate the stamp, traders and manufacturers track the product movement and government to monitor compliance of the product and stamp.

Bahati said consumers will be able to verify the genuineness of the product and stamp by simply looking out for the physical security features on the digital stamp and/or sending an SMS of the reference number on the stamp to the URA and feedback shall be given with key details about the manufacture of the product.