July 3, 2018—The government is doggedly determined to revive Uganda’s national carrier, but inadequate initial capital still remains of concern despite plans to resume flying out of Entebbe International Airport by the end of the year. 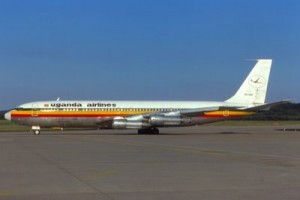 Idi Amin directed the setting up of Uganda Airlines after the collapse of the first East African Community in 1977. The national carrier went bust by the end of that century due to various reasons including political interference, mismanagement and inadequate funds to pay for new international regulations for noise and emissions.

Last month finance minister Matia Kasaija, announced in the 2018/19 National Budget, “During the next financial year, the National Airline will be revived. Technical studies have been completed and aircraft will be acquired to commence regional air services.”

In the presence of President Yoweri Museveni, a strong advocate of the venture which he helped do way with in June 2001 due to dependency on subsidies, Kasaija said, “The revival of the National Airline will enhance Uganda’s competitiveness by reducing the cost of air transport and ease connectivity to and from Uganda. It will also support faster harnessing of opportunities in tourism, agriculture and minerals, oil and gas.”

Bageya Waiswa, permanent secretary in the transport and works ministry which overseeing the project, said plans are complete and once the money to buy the aircraft is secured, the airline will finally start operations.”We are planning to buy four short-range aircraft from Canada (Bombardier) and two long-range aircraft from Airbus. These will be used in the beginning and we will secure more,” he said during a news conference last week after the signing of a $15 million loan from China for  improving Uganda’s border inspection systems.

Kasaija said the government is in talks with Chinese authorities and other development partners to secure over $340 million to buy at least six aircraft to get the proposed airline off the ground. Although the number is modest compared to an earlier and pending request for $2 billion to build a new Standard Gauge Railway, (between Malaba and Kampala), the Chinese government has been much more cautious in its lending since early 2017.

There are no guarantees the Chinese will respond favourably in a project many still consider potentially a  white elephant due to the questionable performance of many African airlines. According to IATA, the industry umbrella,  in 2018, African airlines are expected to lose a total of $100 million with Ethiopian Airlines being the most notable exception and the continent’s biggest.

Kasaija said if all goes according to plan, Uganda Airlines will start operations by end of this year which will help  citizens save some money on .expensive tickets offered by other carriers. Finance ministry sources say every month, Ugandans spend about $35 million on airline tickets, money that the government would like to see being retained as receipts for the revived airline.

The $15,155,000 Chinese loan will also go towards to modernising customs monitoring at the border as well as infrastructure at the Uganda Roads and Railway Polytechnic Project in eastern Uganda.