Government in talks with China’s Exim Bank for $287m

October 11—-The government wants to borrow $287 million from China’s Exim Bank to pay for several projects under the rural electrification programme. 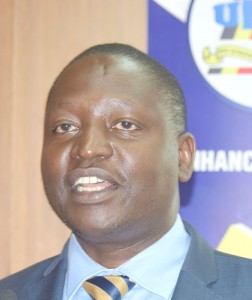 Bahati said the money is for funding rural electrification projects across the country.

“As Government, we are in final discussions with the bank to ensure that the funds are secured to finance rural electrification program in the country,” David Bahati, a junior finance minister said recently at the Uganda Bureau of Statistics (UBOS) headquarters where he was launching the latest Uganda National Household Survey.

The money will go into electrification projects in 287 sub-counties spread across the country which are not connected to the national grid. Bahati said the number of Ugandans accessing electricity has gone up from the previous 19% to about 24% today.

He said although there’s has been an improvement in distribution of clean energy in remote areas, the government is still faced with major needs in such regions as  Karamoja, in the north east and the West Nile.

Bahati said, “When all the major towns are connected on the national grid, the country will register more social and economic transformation, especially when it comes to adding value to agricultural produce. Not only that, but power availability also stimulates the development of small and medium enterprises in the locations. That is why government is going for the loan from China.”

According to the UBOS report, Karamoja and West Nile regions are lagging behind as far as access to clean energy. The data reveals that in Karamoja power connection stands at 0.6% and for West Nile at 3.3%. The majority of people depend on bio-fuels which has led to the depletion of forest cover in these regions and contributed to global warming.

The other source of energy is paraffin lighting, but according to health experts using this fuel has a negative impact especially to children.

To ensure the projections become reality, the government has increased budgetary allocations to the energy sector.