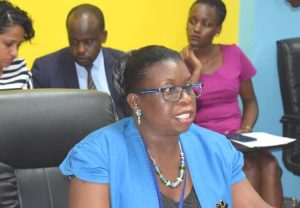 September 6, 2018—Uganda Revenue Authority (URA) has collected UGX 27 billion ($7 million) in over the top (OTT) and mobile money transaction taxes since the government introduced these levies a month ago.

A OTT tax of UGX 200 (less than one US cents) is levied on the use of social media sites such as Facebook and Twitter while 0.5 percent is now charged on some mobile money transactions.

Doris Akol, the URA Commissioner General said during a news conference in mid-week, “The OTT and mobile money tax for July adds about UGX27 billion of new revenue we didn’t have before. With a population of about 23 million Ugandans having access to mobile phones, we are positive this will grow overall revenues month on month.”

OTT is a term used to refer to content providers that distribute streaming media as a standalone product directly to consumers over the Internet, bypassing telecommunications, multi-channel television, and broadcast television platforms that traditionally act as a controller or distributor of such content. This also includes such popular sites as Istagram and WhatsApp.

‎Akol was speaking at URA headquarters while unveiling this year’s tax payers’ appreciation week which will run from September 26th- 28th, 2018 at the Kololo Independence grounds in Kampala. Now in its second edition and under the theme, ‘Stronger Together’, the event will involve various interactions with the public, free services and a country wide corporate social responsibility (CSR) activity bu URA staff.

Akol said the main objective of the Tax Payers’ Week is to give an opportunity to the tax payers to meet with government officials and demand for accountability for their taxes.

Additionally, 200 compliant tax payers will exhibit their goods and services and there will be an innovation village showcasing skills and businesses.

“Amid all this, URA senior management will visit small and medium tax payers to appreciate them for contributing to national development. The grand finale will be a tax payers’ appreciation dinner to be held on September 2018 where tax payers who excelled in 2017/18 will be awarded,” Akol said.