Government asked to guard against oil industry side effects

August 30— Deborah Malac, the United States Ambassador, has asked the government to be mindful of […]

August 30— Deborah Malac, the United States Ambassador, has asked the government to be mindful of environmental and social factors as the drive to exploit the oil reserves in the Albertine Rift of western Uganda picks up pace. 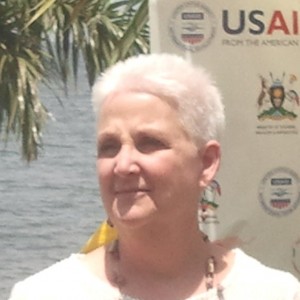 Amb. Malac asked the government to be very careful in balancing exploitation of the oil reserves and protecting Uganda’s bio-diversity.

“If the exploitation of natural resources like petroleum is not managed wisely and for the benefit of all people, Uganda risks facing the ‘resource curse’ including corruption, conflict, economic distortion and environmental destruction,” she said.

She said the discovery of oil in this region, which is in the vicinity of fresh water lakes and not far from a major national park,  is opening up economic opportunities, but also presenting challenges for environmental management and biodiversity conservation.

Oil reserves are estimated at 6.5 billion barrels, with 2.2 billion barrels considered to be easily recoverable. Commercial sales are scheduled to begin within three years and between $8 billion and $10 billion is being be spent during the initial stages of production, especially for new facilities, including a refinery.

“I ask the government of Uganda to be very careful, especially when the actual extraction of oil begins in 2020. Uganda should act as a good example on how natural resources can benefit an economy without causing more harm,” Amb. Malac said.

Amb. Malac was speaking this week at a review summit for the environmental management for oil sector activity. The event was also organized to showcase the efforts of USAID and its partners, in helping Uganda prepare to manage and mitigate the impacts of petroleum development on the environment and biodiversity.

For the past four years, USAID has been working with  government agencies and institutions like Makerere University, Mbarara University of Science and Technology (MUST), Uganda Wildlife Authority (UWA), National Environment and Management Authority (NEMA) and Nyabyeya Forestry College in building capacity through training.

The ambassador asked the government to continue supporting these organizations so that the work USAID started doesn’t go to waste. “Uganda’s natural wealth is central to the government vision of becoming a middle income country but this advancement should not be at the expense of future generations who will continue to depend on biodiversity and other natural resources for their livelihood,” she said.

Representing Prime Minister,  Dr. Ruhakana Rugunda, the junior minister in the energy and mineral development ministry, Peter Lokeris, thanked USAID for the technical and financial support. He said the government will continue with these environmental programmes.

“As government, we have already put in place laws and regulations that will protect the environment especially in the oil areas. We are committed to this cause, because we do not want to cause a catastrophe in the name of developing the economy,” he said.

USAID also donated monitoring and analytical machines worth $8 million to government agencies and ministries that were part of the environmental management for the oil sector activity (EMOS).