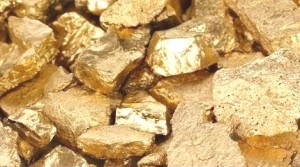 Export earnings increased by $16.5 million between the December 2017 and January 2018 most due to higher gold sales.

This performance is mainly attributed to increases in the earnings of gold and beans, with the precious metal mostly destined for Dubai, a major processing hub, while the legumes are in demand across East Africa and especially Kenya.

African Gold Refinery (AGR) , the only such facility in East Africa and located close to Entebbe International Airport, is the main centre of Uganda’s gold business. In 2016, the country exported about $300 million worth of the metal, although domestic production is mostly artisanal and very modest in quantity, but Uganda has become a convenient transit point for gold from the Democratic Republic of Congo and South Sudan.

According to figures from Bank of Uganda, coffee which is the main export commodity registered a decline in its earnings following a drop in both the volume and international prices.

As compared to the December 2017 levels, the trade deficit in January 2018 narrowed by $39.3 million or 27.8%, which was on account of a decline in the country’s import bill, coupled with increased export proceeds.

During January 2018, Uganda’s most important merchandise export destination remained the East Africa Community3 (EAC), followed by the Rest of Africa and the European Union. The EAC took up 42.8% of Uganda’s exports compared to 35.8% in January 2017. Over this period, the value of exports to the EAC increased from $95 million to $40.9 million.