May 28, 2018 in Business, Companies, Finance, Markets, Technology & Telecoms by Editor

May 28, 2018—Beginning on Tuesday, May 29, MTN is giving an opportunity for Ghanaians to buy a 35% stake in the company’s Ghana business. This will no doubt rekindle Ugandan queries why the multinational telecom has failed to do the same here despite operating longer in Uganda than Ghana. 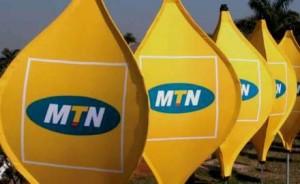 In 2015, as a condition for getting a 4G network license, the regulator told MTN Ghana to offer shares to the public.

The MTN Ghana offer will raise just over $750 million involving sale of 4.64 billion shares and make it the first telecom to list on the Ghana Stock Exchange.

During 2017, MTN Uganda generated revenues of $370 million. This was a 10 pc growth compared to the previous year. It retains a 55% market share having entered the local scene 20 years ago with cut-price handsets and business plan oriented towards mass appeal.

MTN Ghana has been operating for 12 years, but in 2015 as a condition of its investments in a 4G network in the West African country, the regulator asked that Ghanaians be offered shares at a later date.

In late March this year, the Uganda Communications Commission hosted a public hearing during which the issue of an MTN stock listing featured prominently. The hearing was to allow the public to raise any pressing issues as the telecom seeks a 10 extension of its operating license. The UCC decision is expected by the end of June.

Wim Venhelleputte  the MTN Uganda chief executive officer, conceded there is a valid point for listing on the local stock market and he promised to take it up with the shareholders.

More than half of the company is owned by MTN Group in South Africa while Charles Mbire, is the largest single Ugandan shareholder. He is also the longtime board chairman.

A top tax payer with considerable market clout and a highly respected brand name, any listing by MTN Uganda would attract huge interest from both local and foreign investors.  However, most important for the Uganda Securities Exchange, it would revitalise the stock market which during the past decade has been largely trudging along.